Most of them claim that while the amount is less, even the number of beneficiaries is too little compared to the number of farmers in the country 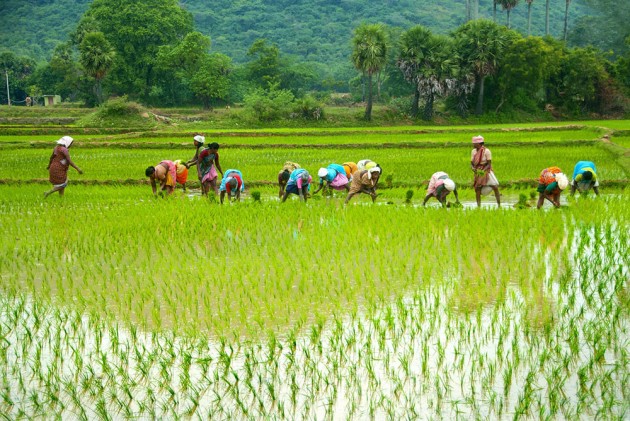 Minimum Support Price (MSP) of Kharif crops have been rising, though marginally, every marketing season. The Centre has also been announcing higher procurement against previous years’ corresponding purchase. The procurement figures agree.

Farmer unions dismiss the amount as inadequate. They say that the change in MSP has been comparatively low and that the price is not enough. The cost of production varies from state to state and not all farmers can avail MSP.

The RSS-affiliated Bharatiya Kisan Sangh (BKS) has repeatedly pointed out that currently the scheme reaches less than 10% of the country’s farmers.

“We have demanded the legalisation of minimum support price (MSP),” said Badrinarayan Chaudhary, BKS general secretary, “we are still waiting for the government to respond.”

The BKS has kept away from the ongoing agitation against the Centre’s contentious farm laws. The organisation prefers to call itself apolitical and terms the protests politically motivated.

However, it is pressing for certain issues to be incorporated in the present draft or make new laws. One being the legalisation of MSP.

On its part, the government has repeatedly assured that MSP is here to stay. Insiders point out that legislation may not be on cards. The process would involve a long-drawn exercise where many other aspects are involved, including forming a structure for related laws and setting up of tribunals.

Currently, the Centre fixes MSPs for 23 farm commodities. These include cereals like paddy, wheat, maize, barley, bajra, jowar and ragi; and pulses such as chana, urad, moong, arhar/tur, and masur. Support is also extended to rapeseed-mustard, groundnut, soyabean, sunflower, sesamum, safflower and nigerseed; as well to commercial crops like copra, cotton, sugarcane, and raw jute.

“In the case of paddy, for every quintal procured, the government is paying farmers Rs. 630 less that what the Swaminathan Committee proposed,” said Abhimanyu Kohar of Samyukta Kisan Morcha (SKM), a joint platform of unions organising protests over the three farm laws.

The 28-year-old national coordinator of Rashtriya Kisan Mahasangh (RKM) is hailed as being the youngest member of SKM national committee.

SKM is an umbrella organisation of some 40 farmer unions, many of which in turn comprises several smaller organisations. The RKM too is an association of more than 60 farmers bodies.

Kohar was referring to a National Commission on Farmers (NCF) report. The NCF was constituted in 2004 under the chairmanship of Prof. M.S. Swaminathan.

The NCF submitted five reports, the final on October 4, 2006. Farmer unions demand the implementations of the Commission’s formula for C2+50%. This means ensuring 50% on returns, taking into account all cost of cultivation, including the imputed cost of capital and the rent or lease on the land (even if owned).

The unions say that the government is now paying as per the A2+FL formula of Prof. Swaminathan. According to them it is lesser, as it accounts for paid-out costs incurred by a farmer and the value of family labour.

The Odisha government has also asked the Centre to increase MSP of paddy to Rs 2,930 per quintal for its farmers. The state has pointed out that peasants have also been facing the vagaries of nature.

The Union Cabinet last month has approved a hike in MSP for all mandated kharif crops for marketing season 2021-22. Paddy is the main kharif crop.

“Farmers are losing out since MSP for procurement for paddy was announced at Rs. 1,960 per quintal, whereas going by the C2+50% formula, it should be Rs. 2,590 per quintal,” stated Kohar.

According to Badrinarayan Chaudhary of BKS, “For a farmer, it (MSP) is the primary issue. All farmers do not benefit from government procurement, it’s a miniscule proportion.”

He maintained that the Centre should legalise MSP, even if not at C2+50%. This, he assumes, would ensure support price to farmers even if their produce is procured by private players.

But according to Kohar, farmers can avoid falling into debts only if the government guarantees payment as per C2+50% formula.

“Though Swaminathan committee proposals were known in 2007, the Congress-led Union government did nothing during its tenure,” he stated.

“Unfortunately, during the 2014 poll campaign, Narendra Modi promised its implementation. But in 2015, his government submitted an affidavit in Supreme Court that it cannot provide MSP at C2+50%, said Kohar.