Firecrackers already produced can be sold in this festival season only in other parts of the country, the Supreme Court said. 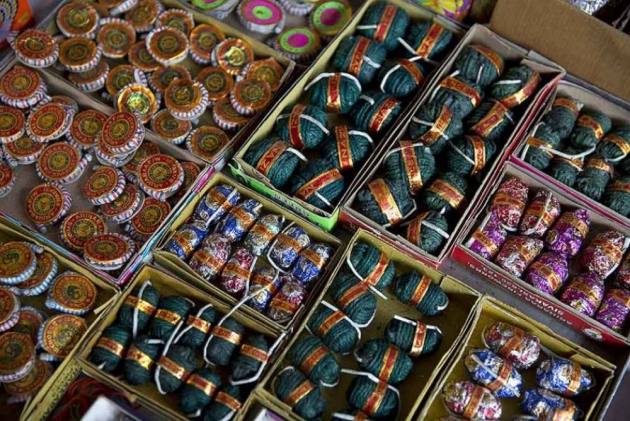 The Supreme Court clarified on Wednesday that firecrackers other than green crackers will not be sold in the Delhi-NCR region this festival season.

A bench of Justices A K Sikri and Ashok Bhushan said firecrackers already produced can be sold in this festival season only in other parts of the country.

In Tamil Nadu, Puducherry and other southern states, firecrackers can be burst from  4 am-5 am and from 9 pm-10 pm during festivals, the apex court said.

No Complete Ban On Sale And Use Of Firecrackers, Says Supreme Court

It said its direction on community bursting of firecrackers will apply pan India for two hours.

Its directions on the ban on sale of firecrackers through e-commerce websites will apply pan India, the court said.

Meanwhile, while welcoming the Supreme Court's verdict on imposing certain restriction on the timing of bursting firecrackers, environmentalists say there is no definition of green firecrackers, while raising scepticism if this will work this Diwali which is merely one weeks away.

Earlier, the Supreme Court had refused to impose a nationwide ban on sale and use of firecrackers. In its verdict today, the court said only 'green firecrackers' (which are less polluting) will be allowed to be sold.

"Only between 8 pm to 10 pm time period people can burst firecrackers on Diwali," the court said.

The expert also pointed out that since the SC had allowed bursting firecrackers for two hours, imposing the restriction would be difficult.

In 2016, PM2.5 or particles with diameter less than 2.5mm, levels in some areas of Delhi increased to 1,238 on Diwali, which was about 50 times higher than the international standards. However, this effect was reduced in Diwali 2017 following a blanket ban, according to a Central Pollution Control Board (CPCB) report. Another post-Diwali assessment across four regions in Delhi found drop in levels of suphur, nitrous and particle pollution in 2017 as compared to 2016.