With Diwali knocking at the door, environmentalists are doubtful about the green court’s decision to use fire crackers which has limited noise and emits less pollution. They said that nothing like this exists! 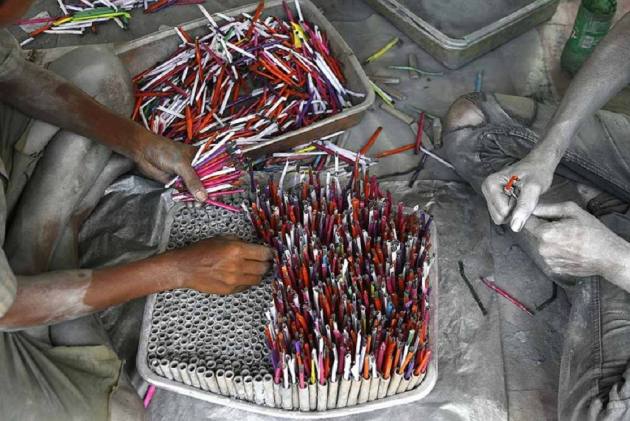 While welcoming the Supreme Court's verdict on imposing certain restriction on the timing of bursting firecrackers, environmentalists say there is no definition of green firecrackers, while raising scepticism if this will work this Diwali which is merely two weeks away. Manufacturers said there is nothing like green crackers and activists find the order ambiguous and raised concerns about its eventual effectiveness.

"Issue of concept of green fire crackers, with limited amount of noise and emissions, had been raised in green courts earlier, but such things practically don't exist in our country. PESO, however, can mark a warning system on firecrackers, but it's too late for this Diwali," says environment activist Vikrant Tongad.

The SC on Tuesday refused to impose a blanket ban on firecrackers, but restricted bursting only "green firecrackers" between 8 p.m. and 10 p.m. Pointing out that the peak smog episode of Delhi in 2016 and 2017 was around November 7 and November 8 due to the combined effect of stubble burning in neighbouring states, the date this year collides with Diwali on November 7, 2018.

No Complete Ban On Sale And Use Of Firecrackers, Says Supreme Court

While some environment organisations welcomed the decision, they pointed out the need for round-the-year imposition and check on other sources of pollution occuring from vehicles, industries and stubble burning. Many activists believe that while stockpiling of firecrackers would have already been done, it would be extremenly difficult to check the standards of firecrackers.

PESO or the Petroleum and Explosives Safety Organisation is the nodal organisation to look after safety requirements in manufacture, storage, transport and use of explosives and petroleum. Supereme Court on Tuesday asked it to review the clinical composition of fireworks, particularly for reducing the aluminium content and submit its report within two weeks.

"The stubble burning is at peak right now and last year, Diwali was on October 19 and in 2016 it was on October 30. This time it's at the time when Delhi has a history of suffering smog episode. Also, there is no concept of green firecracker, so SC's verdict is not likely to help," an environment researcher told IANS requesting anonymity.

The expert also pointed out that since the SC had allowed bursting firecrackers for two hours, imposing the restriction would be difficult.

In 2016, PM2.5 or particles with diameter less than 2.5mm, levels in some areas of Delhi increased to 1,238 on Diwali, which was about 50 times higher than the international standards. However, this effect was reduced in Diwali 2017 following a blanket ban, according to a Central Pollution Control Board (CPCB) report. Another post-Diwali assessment across four regions in Delhi found drop in levels of suphur, nitrous and particle pollution in 2017 as compared to 2016.

"Like the issue of burning biomass, fire crackers too contribute only to peak episodes and has little to do with sources that pollute the air during most parts of the year.

"We have been witnessing the lack of seriousness shown to this public health crisis by both central and state governments in policy formulation and implementation for many years now," said Sunil Dahiya, Senior Campaigner, Greenpeace India.