The EC is in the middle of holding Assembly elections in five states. 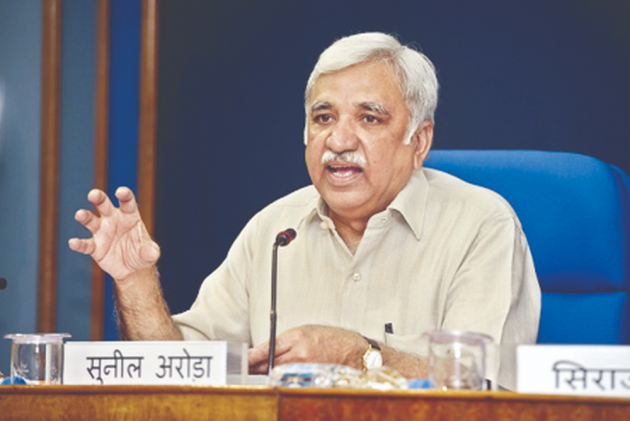 A former Rajasthan-cadre IAS officer of 1980 batch, Arora will take over as the new Chief Election Commissioner (CEC) on December 2.

Rawat will demit office a day earlier as he turns 65.

The EC is in the middle of holding Assembly elections in five states.

Rawant tenure as CEC came at a time when the Election Commission was under criticism for recommending to diqualify 20 Aam Aadmi Party MLAs for holding "office of profit".

"As CEC, my priority will be to have a continuity of delivering free, fair and credible elections through the engagement of all stakeholders and to build consensus on poll reforms," Rawat had said on his first day as CEC.

During his three-decade-long career, among other posts he has served as Principal Secretary to then Madhya Pradesh Chief Minister Babu Lal Gaur from 2004 and 2006.