When FIFA Meets Virat Kohli, Cristiano Ronaldo Is 'Unmatched' Even For Lionel Messi

Joining the never-ending Lionel Messi vs Cristiano Ronaldo debate, Virat Kohli said for him, the Portuguese captain has had a better career than the Argentine talisman 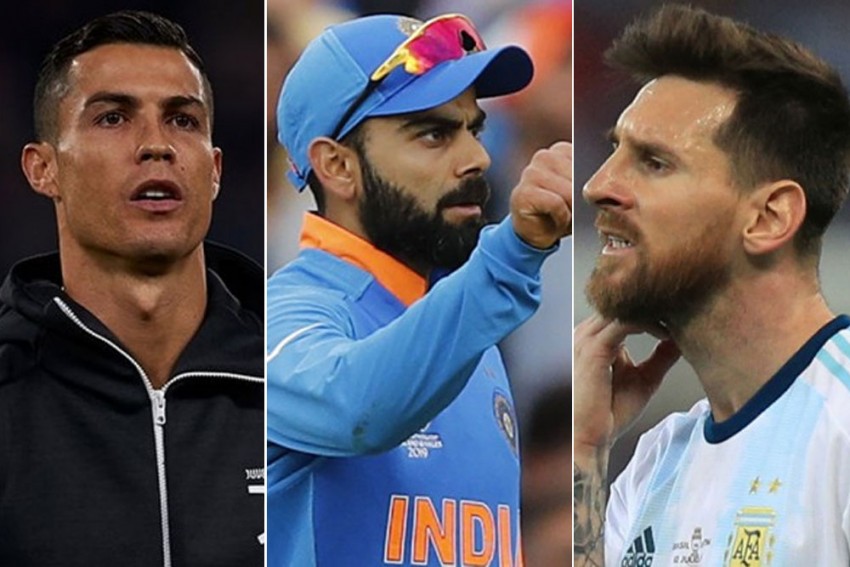 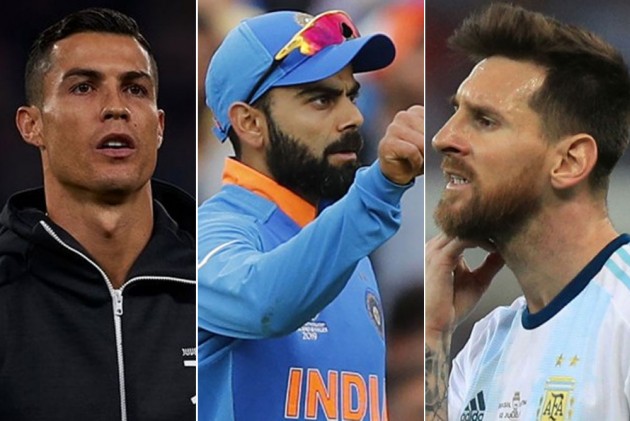 Ronaldo and Kohli have defied fitness scales to not just set new standards for themselves but also set benchmarks for those around.

"For me, Cristiano is above everyone else. His commitment and work ethic is unmatched. He wants it that bad - you can see it every game. I support every club at which he plays. He inspires me," Kohli, who is currently in Florida for a T20 series against the West Indies, told 'FIFA.com'.

Joining the never-ending Messi vs Ronaldo debate, Kohli said for him, the Portuguese captain has had a better career than the Barcelona talisman.

"In my opinion, Ronaldo has taken on more challenges and succeeded at all of them. He's the most complete player I have seen and his work ethic is unmatched. He inspires people. I don't think many people do that. He's also a leader and I love that. Absolutely love it. He has amazing belief too," he reasoned.

The 30-year-old, who is placed seventh on ESPN's World Fame 100 this year, revealed that his favourite football memories include watching the 1998 and 2002 World Cups.

"Brazil was amazing to watch in 1998 and 2002. I saw Ronaldo - 'The Phenomenon', play and was totally blown away by his skill and ability on the ball. One of the greatest ever.

"I like watching Portugal play now because they are maximising their resources along with having a legend in their team. They play with passion and belief, so I like watching them. Otherwise, in terms of pure ability and impact, France are very, very strong."

Lauding the efforts of Indian football captain Sunil Chhetri, Kohli said he was very optimistic about India's chances of qualifying for the football World Cup.

"We are not far off. We have improved drastically in our football over the last three-four years. With new talent coming in to make the difference, and our skipper Sunil Chhetri leading the team with amazing composure and inspiration...

"If anyone deserves it (to play in the World Cup), it's him. And the team should rally behind that motivation and qualify, and dedicate it to him. He's an absolute champion and an inspirational human being," Kohli said.