On the eve of first T20I match against West Indies in Florida, India captain Virat Kohli shared a "SQUAD" photo sans vice-captain Rohit Sharma, and it left fans confused, with many asking about the absentee 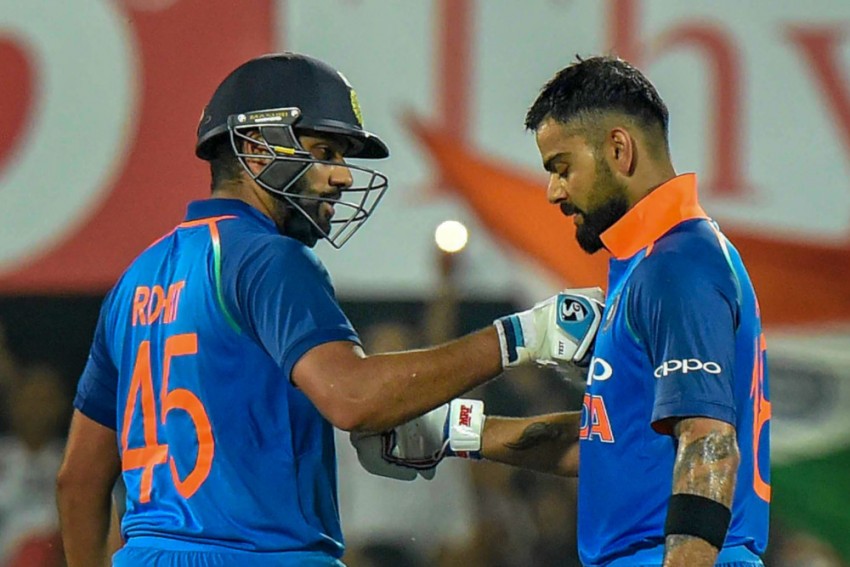 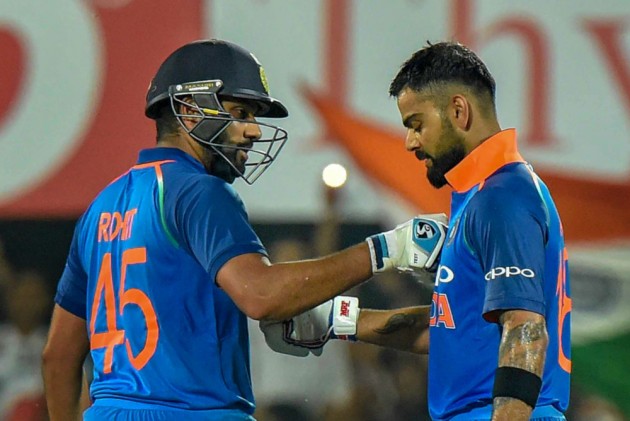 Yes, not everything is well between Indian cricket captain Virat Kohli and his deputy Rohit Sharma. Despite the skipper's assurances that there is no rift in the team, their social media posts tell an altogether different story. Or maybe, they enjoy feeding the rumour mill.

On the eve of first T20I match against West Indies in Florida, Kohli shared a "SQUAD" photo sans vice-captain Rohit Sharma. And it left fans confused, with many asking about the absence of Rohit.

Kohli is one of the top celebrities who knows how to milk the social media. Every single tweet or story he shares on virtual platforms is instantly lapped up by his legions of fans. And thanks to well-thought-out and carefully scripted posts, the 30-year-old seldom fails to convey his message.

And the same goes for Rohit.

Refuting the reported split, Kohli had said that they "have had no issues" and “it’s baffling, it’s time that we take Indian cricket forward and not focus on things that are not even there."

But before Team India's departure for the West Indies tour, Rohit had posted a photo on Instagram which said: "I don't just walk out for my Team. I walk out for my country." Many thought it's a direct message to the skipper.

Then came Kohli's "SQUAD" photo. It only provides ammunition to people who have been speculating about a rift between the two players.

Hey @imVkohli if everything is alright with in your team and dressing room, why every time you post a pic with team members @ImRo45 always go missing?? #RohitSharma #ViratKohli

Where is our world cup hero @ImRo45 ?
Please step down from captaincy just for country. And Give A chance to Rohit Sharma To Lead This Team.
Dont Angry with me I Sorry to Say That Practically You Really Don't know How To Make A Good Team.
You kiked off @ajinkyarahane88

It's pertinent to mention that Rohit doesn't follow Kohli on Instagram and recently he unfollowed Anushka Sharma -- wife of India skipper too.

However, Kohli still follows Rohit on the picture-sharing website, but not his wife Ritika Sajdeh. And Anushka doesn't follow Ritika and Rohit on Instagram and same is the case with Ritika who doesn't follow the Indian skipper and his wife.

Meanwhile, Anushka has flown to Miami to be by her husband Kohli’s side. Several photographs of the couple spending some quality time have taken social media by storm.