Earlier, media reports alleged that there is a Virat Kohli-Rohit Sharma rift in the India national cricket team. Although this has been denied by the CoA, it got further refuelled by the duo's Instagram activity along with Anushka Sharma.

India crashed out of the 2019 Cricket World Cup in a semifinal loss to New Zealand. Touted originally as favourites to lift the trophy, Men in Blue batsmen went missing against the Black Caps. Some critics have pointed their doubts towards batting coach Sanjay Bangar. His arrival hasn't solidified India's middle order. Meanwhile, the latest developments of a possible rift between captain Virat Kohli and Rohit Sharma has been circulating on social media. It has been further fueled by reports of the latter unfollowing the former's wife Anushka Sharma on Instagram. Could it be that the national team's dressing room is split into two camps and all is not well?

Rohit had earlier unfollowed his national skipper too, although Kohli still follows him. The Royal Challengers Bangalore player doesn't follow his team's vice-captain's wife Ritika Sajdeh. Anushka doesn't follow her husband's colleague and his wife, Ritika does the same.

After the Bollywood actress got unfollowed by Rohit, she posted a cryptic message via Instagram. She stated, "A wise man once said nothing. Only truth can shake hands with silence in a mess of false appearances…" 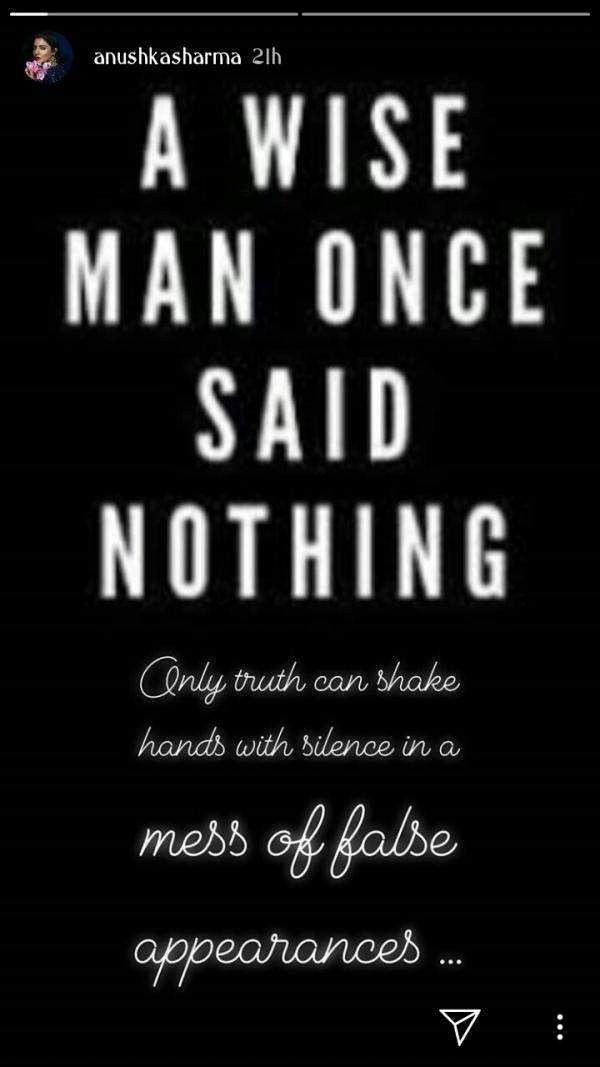 Earlier it was reported that the BCCI were thinking of splitting the team's captaincy, but now have denied it. Also, there were reports that Kohli and the management were angered by a senior player's breach of the family clause during the 2019 Cricket World Cup.

Also, Committee of Administrators  (CoA) chief Vinod Rai has revealed that there is no such rift.

According to PTI, Rai said, "These are all stories created by you guys."

During the global showpiece event, Rohit was the highest run-getter with five tons. Kohli also had a decent campaign with five half-centuries. The duo are also part of India's Test, ODI and T20I squads for the West Indies tour.