Legendary Indian captain MS Dhoni, the only skipper to have won all the ICC trophies, retired from international cricket 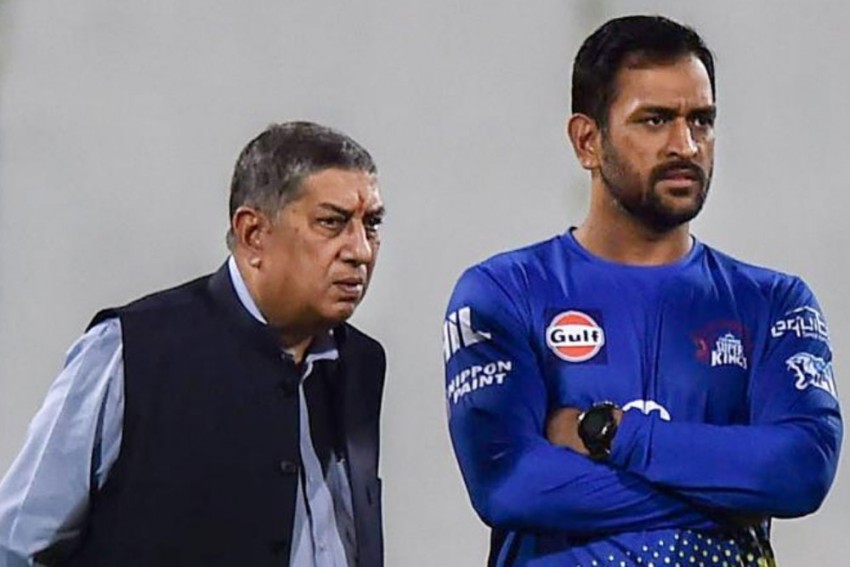 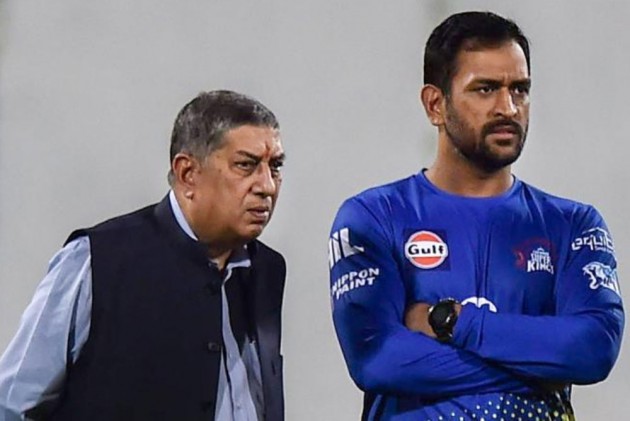 Dhoni, the only captain to have won all the ICC trophies, retired from international cricket on Saturday, more than a year after he last played for India -- the lost World Cup semifinal against New Zealand.

The 39-year-old will, however, continue to lead Chennai Super Kings, which won the IPL title three times under his leadership.

"When Dhoni says he is retiring, it is more than close of an era. He has captained India to the 2007 T20 World Cup win, he has taken India to 2011 World Cup win, in between there was a Champions Trophy. He was an outstanding leader, a great wicketkeeper, an attacking batsman. A person who motivated the entire team," Srinivasan told PTI.

"What more is there for him to achieve? Every sportsperson knows that at some point he will call it quits. I am sad that he will not wear the India colours again. But I am glad that he will continue to wear the CSK colours.

Asked how long could Dhoni continue playing, Srinivasan, who is the head of India Cements which owned the CSK from 2008 to 2014, said: "I hope he plays forever.

"I have been a sportsman myself, I still play.. Whatever I do I do competitively. CSK has to go win the IPL now. I hope Dhoni plays forever."

On Dhoni's leadership skills, Srinivasan said: "From the day he was appointed captain of India and even now, leadership and success sit very lightly on his shoulders.

"He is a very focussed person. Very committed to the team. And he has his own way of motivating every player in the team. Ultimately, as one legend told me, on the field nobody can touch him. That is his brilliance. That is not taught," he added.

ALSO READ: When Dhoni's ODI Captaincy Was Saved By Srinivasan

The 75-year-old said Dhoni has an uncanny knack of spotting talent and credited him for building the CSK team.

"He is a person, you know, you give him any team he will lead it. He is good at spotting talent. There are some players in the CSK team suggested by Dhoni who were not as prominent as they are today," he said.

"He has got an uncanny knack of spotting a person who is capable. A lot of them have grown. See the entire team has grown, I think that there is a special commitment that a player brings to the field when he is in CSK."

Srinivasan said he shares a good bond with Dhoni and never had any issue with him in so many years.

"See, we have a very good relationship, we are both professionals ... I think the important aspect is that you can own the franchise, you do not own the players, that understanding was there from the very beginning. Dhoni's private time is his private time," he said.

"You must understand your players. He is a very simple person easy to get on with. We have never troubled him. And there is no doubt that he is the greatest Indian cricketer."

One of the marquee players, Dhoni was bought by Chennai Super Kings for USD 1.5 million in the 2008 IPL auction.

Srinivasan said: "It is a question of arithmetic, at that time Mr Bindra was there, Punjab wanted Yuvraj to play for them, delhi wanted (Virender) Sehwag to play for then, Mumbai could not imagine a team without Sachin Tendulkar, how could Sachin play for somebody else.

"Therefore all them said they wanted icons, they had to pay the icon 10 per cent than the highest paid player of the team in the auction. So when the bidding went on for Dhoni, I was clear at any price MS Dhoni.

"When it came to USD 1.5 million, I think they realised they would have to pay Sachin USD 1.65 million and Dhoni USD 1.5 million, five million was the purse and sixty per cent of the purse would go on these two players. So they stopped and that's how we got Dhoni because I said I don't want an icon."