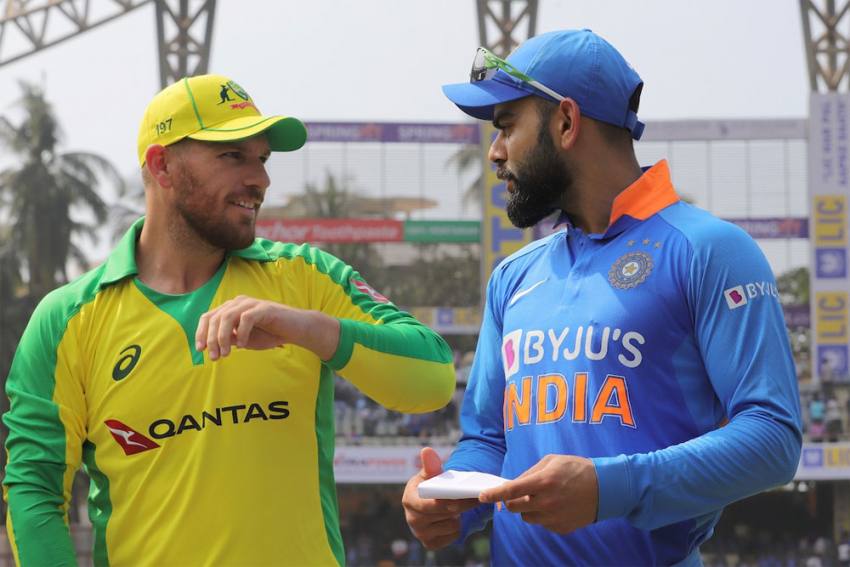 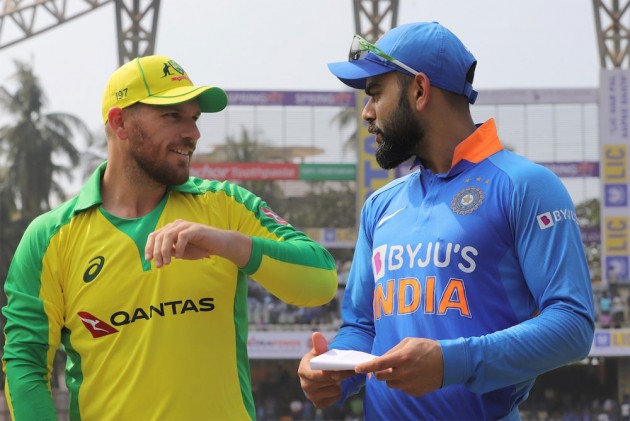 A new world and a different shade of retro blue awaits a circumspect Indian cricket team which re-enters the international arena without a white-ball colossus in Rohit Sharma, facing the might of a menacing Australia in the first ODI here on Friday. (More Cricket News)

The absence of an injured Rohit Sharma will certainly leave a gaping hole at the top of the order, something that skipper Virat Kohli wouldn't have fancied at the onset of a gruelling two-month tour.

Kohli's men, who had been on a COVID-enforced international break since the disastrous away series against New Zealand that ended early March, now kick-start their international calendar in a series where a lot of probing questions are expected to be asked.

For those who believe in superstition, the return of the 1992 World Cup's navy blue jersey isn't a good omen as one of India's worst performances (7th in 9 teams) happened in that particular edition.

For the more pragmatic, it will be more about how Kohli's men get their combination right in the absence of Rohit, whose injury has been a topic of national debate.

Whether it's the young Shubman Gill or the slightly more experienced Mayank Agarwal, whoever partners an in-form Shikhar Dhawan, the challenge of facing a Mitchell Starc or a Pat Cummins first up will still be an onerous one.

So 'King Kohli' again has his task cut out as he gears up to combat a high quality pace attack, which is likely to be complemented by the wrist spin of Adam Zampa, who has at times been the Indian captain's nemesis.

Facing an Australia team in their own backyard with a Steve Smith, who is getting back his rhythm, an eternally hungry David Warner and a future great in Marnus Labuschagne isn't the best of propositions and thus some priorities will be tested.

For the next two years, 50-over cricket is the least important format, so will it be a "win-at-all-costs" approach by Kohli and coach Ravi Shastri or a more easygoing mindset keeping the Test series in mind.

For starters, Jasprit Bumrah and Mohammed Shami could both start but the team management may have to rest one of the two alternately, keeping in mind their importance in the more traditional format.

Hence Shardul Thakur and Navdeep Saini need to up their respective games by a few notches if one of the two seniors are rested.

But do they have the wherewithal to trouble a world class Australian top-order, which can be destructive on most days?

Then there will be an acid test in store for KL Rahul, a stylish batsman, who will have to find those gaps with ease, expect his skipper to have a ear for his suggestions and take those tricky DRS calls while successfully reading Yuzvendra Chahal's googlies behind the stumps.

An enviable template has been set by "that genius from Ranchi" and Rahul, of all people, will be the first to admit that his position is an unenviable one.

It's an inspired move to ensure an extra batting or bowling option that will lend the necessary balance to side, something that has been compromised a bit because of Hardik Pandya's inability to bowl due to an earlier case of stress fracture.

If it is Pandya's explosive hitting at No.6 or 7 that will give his captain the confidence to play two spinners, Shreyas Iyer's show at No.4 during the last tour remains a feel good factor for the visitors.

Chahal could be the man that the Australian middle-order, especially the likes of Marcus Stonis, Glenn Maxwell and Alex Carey, would be wary of.

But in the absence of a steady death bowler like Bhuvneshwar Kumar, Bumrah will once again be expected to carry the maximum workload.

The premier slinger wouldn't mind if rival skipper Aaron Finch once again find him in his nightmares.

The three ODIs will be followed by as many T20 Internationals before the Test series beginning December 17.
Match Starts: 9:10 am IST.