However, another Olympics-bound boxer, Pooja Rani, will continue to train at Bellary's Inspire Institute of Sports 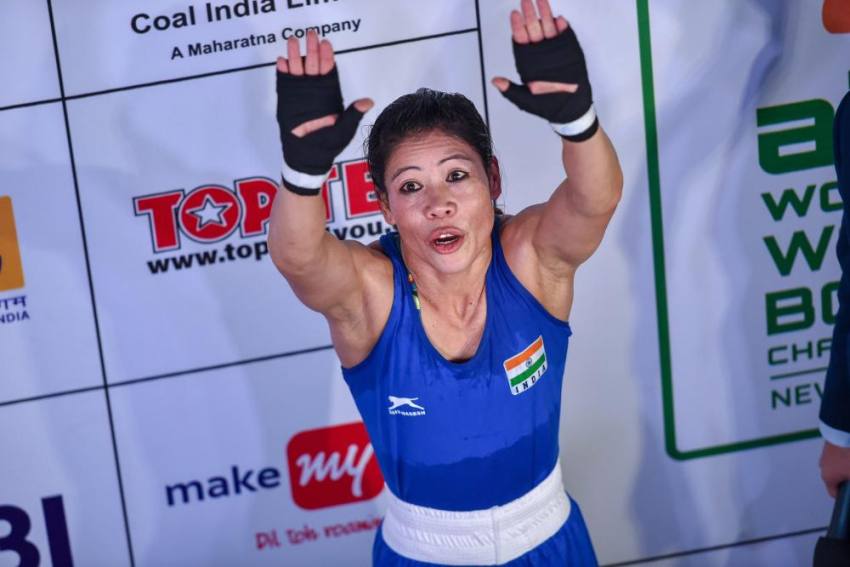 Mary Kom will not have immediate company of her coach and former boxer Chhote Lal Yadav, who continues to be in isolation after testing positive for COVID-19.
File Photo
PTI 2021-05-05T16:24:33+05:30 Tokyo Olympics: Mary Kom, Lovlina Borgohain, Simranjit Kaur To Train At ASI Pune 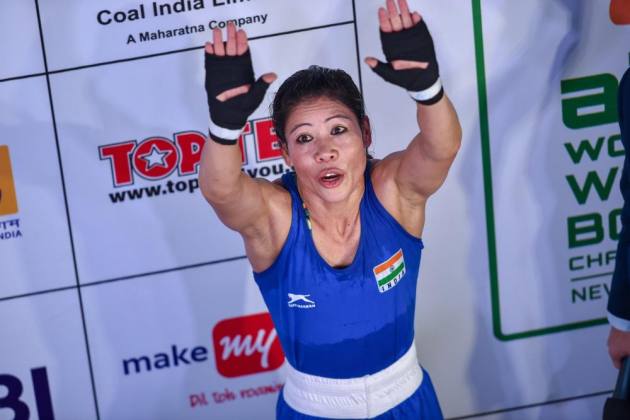 Six-time world champion M C Mary Kom, along with two other Olympic-bound boxers, will train at the Army Sports Institute in Pune leading up to the Tokyo Games after the national camp for women in Delhi had to be disbanded owing to COVID-19 cases among pugilists and support staff. (More Sports News)

Mary Kom (51kg) will join another Olympic-bound boxer Lovlina Borgohain (69kg), who is already at the facility. Simranjit Kaur (60kg), also bound for Tokyo, will train there too but after completing the COVID-19 post-recovery isolation.

The boxers will be placed in three separate groups with two sparring partners each to ensure that the risk of infection is minimal.

However, Pooja Rani (75kg), who has qualified for the Games too, will continue to train at Bellary's Inspire Institute of Sports, which is her current base.

Mary Kom will not have immediate company of her coach and former boxer Chhote Lal Yadav, who continues to be in isolation after testing positive for the dreaded infection last month. Yadav is expected to join the camp after returning a negative test in the next few days.

"I am leaving today, looking forward to it. Chhote will come in a while so it will be fine. I hope to get vaccinated also during my time there," Mary Kom told PTI.

"The training was thrown haywire after the suspension of Delhi camp but, hopefully, it will now get back on track. I might even train with the men boxers who are there at ASI, I routinely train like that to be in good shape," she said.

The next big assignment for them is the Asian Championship, which had to be shifted from Delhi to Dubai because of the COVID-19 surge here. The tournament is scheduled to start on April 21.

"It's a huge competition and one that we desperately need before Olympics. Training and sparring is one thing, but actual competition is something else. We need to test ourselves in the Asian Championship," Mary Kom said.

Bergamasco and Qamar have since recovered but will not join the camp immediately.

While Bergamasco is currently in Italy to attend to a personal engagement, Ali Qamar is completing his post-recovery isolation at home in Kolkata right now.

"With the Asian Championships and the Olympic Games approaching, our focus will be to utilize the time we have in hand and maximize the training ahead of these two events," said Hemanta Kalita, General Secretary, Boxing Federation of India.

"Considering safety of players, coaches and support staff, we have created a training plan for players in separate clusters to minimize the risk involved.

"These are tough times but as much as we have to be careful we also have a job at hand and we are ensuring our boxers can get back to camp and start training and work to get the best results possible," Kalita added.

The ASI camp has been approved by the Sports Authority of India till end of July. The Tokyo Games are scheduled to start July 23.