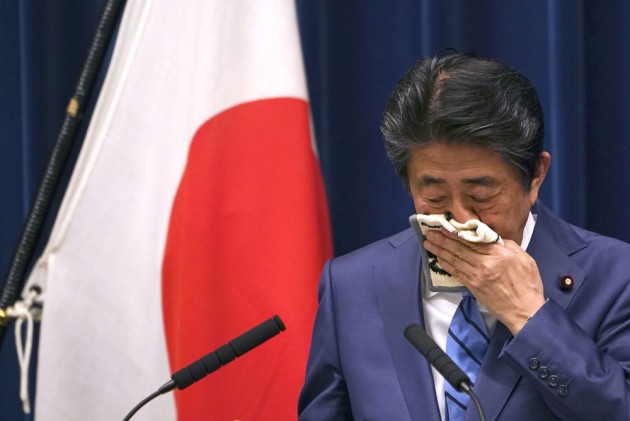 Japanese Prime Minister Shinzo Abe said on Wednesday it would be "difficult" to hold the postponed Tokyo Olympics if the coronavirus pandemic is not contained.

The premier's remarks came a day after Tokyo 2020 president Yoshiro Mori said in an interview with a local sports daily the Olympics will have to be cancelled if the coronavirus pandemic isn't brought under control by next year.

Abe told parliament: "We must hold the Olympics as a testament to humanity's victory over the coronavirus."

"If we're not in such situation, it's difficult (to hold) the Games," he said, insisting the importance of developing vaccines and drugs.

The pandemic has already forced a year-long delay of the Games, which are now scheduled to open on July 23, 2021.

Mori was asked by the Nikkan Sports daily whether the Games could be delayed until 2022 if the pandemic remains a threat next year, to which he said: "No."

"In that case, it's cancelled," he said in the interview published on Tuesday.

A Tokyo 2020 spokesman told reporters also on Tuesday that Mori's remarks were based on "the chairman's own thoughts".

Postponing the Games is an enormous logistical and financial challenge, with the final price tag for the delay still unclear.

The country is under a month-long state of emergency and officials have asked non-essential businesses to shut their doors.