James Anderson's comeback from calf injury proves short-lived as he's sent for scans after bowling just four overs on the opening day of the first Ashes Test at Edgbaston, Birmingham. 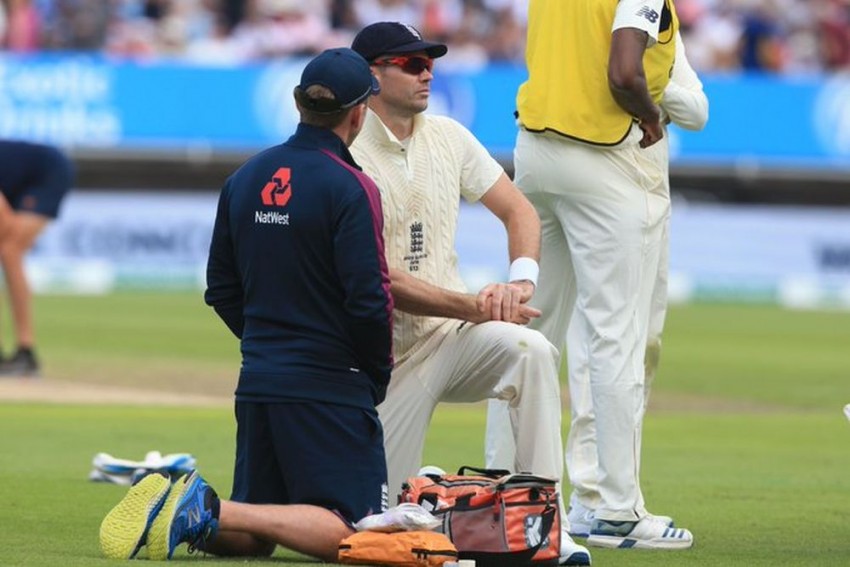 James Anderson's availability for the rest of the first Ashes Test at Edgbaston is in question after the England and Wales Cricket Board (ECB) confirmed he is suffering from tightness in his right calf.
Twitter
Omnisport August 01, 2019 00:00 IST The Ashes 2019, Edgbaston Test: James Anderson Gives England Injury Scare 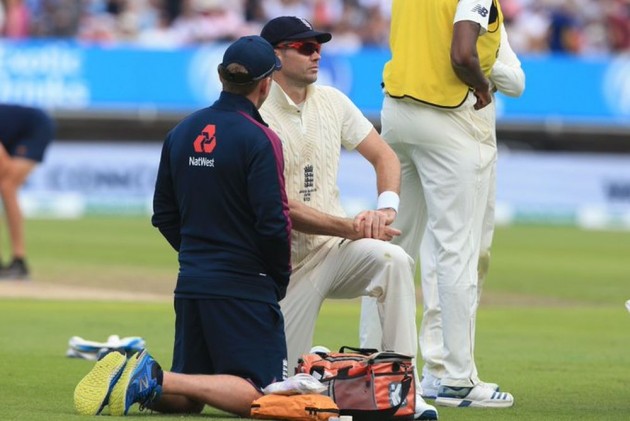 James Anderson will have a scan on his calf after bowling just four overs in the first session of the Ashes. (EDGBASTON TEST DAY 1 - AS IT HAPPENED) (SCORECARD)

The England seamer conceded a solitary run from a probing new-ball spell at Edgbaston, as the hosts reduced Australia to 83-3 at lunch.

However, the availability of England's all-time leading wicket-taker for the rest of the match is in question after the ECB confirmed he is suffering from tightness in his right calf.

Anderson injured the same muscle on July 2, while playing for Lancashire against Durham, with the problem keeping him out of action until this week.

Update: Jimmy Anderson has tightness to his right calf and will have a scan this afternoon. A further update will be given later today.

He felt tightness at the end of his fourth over.#Ashes pic.twitter.com/bQrrECkwOf

Stuart Broad took 2-17 and Chris Woakes 1-17 in a strong start for England, although the decision to pick Anderson ahead of Sam Curran, Olly Stone and Jofra Archer – the seam trio omitted from the hosts' 14-man squad - is likely to be called into question if he is unable to return.

West Indies Vs India: With Kieron Pollard and Sunil Narine Back In Mix, WI Coach Promises ‘Lots Of Entertainment’ For Fans