Rassie van der Dussen’s mind-blowing innings ruined Pakistan’s hopes of a second straight win in the T20 World Cup 2021 warm-up games. Van Der Dussen, who is tipped to be South Africa’s leading scorer in the ICC men’s T20 World Cup in the UAE and Oman, did well to live up to his reputation against former world champions Pakistan in Abu Dhabi on October 20. (More Cricket News)

The right-handed Van Der Dussen smacked a 51-ball unbeaten 101 as South Africa scored a sensational six-wicket victory to prepare themselves for the Super-12 stage of the T20 World Cup.

The freedom with which Rassie van der Dussen bludgeoned the ball was perhaps a reflection of the mood in the South African dressing room and beyond it.

All teams in this ICC championship are in strict bio-bubbles and to live in them can be challenging. There is a limit to watching Netflix in your rooms and especially when you have your spouse or partner around, it can get even more difficult for a cricketer who wants to focus on cricket and only cricket.

Van der Dussen is a classic example of how players are trying to strike a balance. South Africa start their Super-12 journey on October 23 with a Group 1 match against mighty Australians in Abu Dhabi and keeping focus will be key. It’s just not skills that matter but how the entire ecosystem supports you makes the difference.

Staying sane in the hours in between their practise and preparation is key to their performance.

“We’re very well looked after,” says Van Der Dussen, on behalf of both himself and Lara, a teacher, who has been allowed to enter the South African bubble in UAE and teaches her classes virtually.

“We do spend a lot of time in the room, but we have a big TV and a lovely living space. You’ve got to keep active, obviously. I’ve got lots of fitness toys to play with and there are facilities in the hotel.” The gym area on the bottom floor of the hotel doubles as a team room and medical area.

It is pertinent to mention that mental issues have forced players to skip tournaments and even leave bio-bubbles to seek freedom from the pressures of a monotonous and demanding life to keep the COVID virus at bat. West Indian legend Chris Gayle decided to leave his IPL team, Punjab Kings, apparently the bio-bubble was getting too claustrophobic.

South Africa’s spinner Keshav Maharaj feels the bio-bubble is not ‘ideal’ but he is still being to deal with it. “It is what it is,” says Maharaj. “There are a lot of differences so I work hard to make myself feel as at home as possible.

“I am a very clean and tidy person. I like neatness. There’s nothing worse than an untidy room and scruffy sheets. It really drives me mad.

“With no cleaners coming into the rooms I spend time making myself more comfortable by keeping my room in check.”

But an entirely isolated existence is not healthy, either. The team have a cordoned-off dining area in the hotel room in which they eat, drink coffee and watch sport together.

On October 2, they gathered to watch South Africa beat New Zealand 31-29 in The Rugby Championship. “Watching other South Africa teams connects us to home,” says Maharaj. 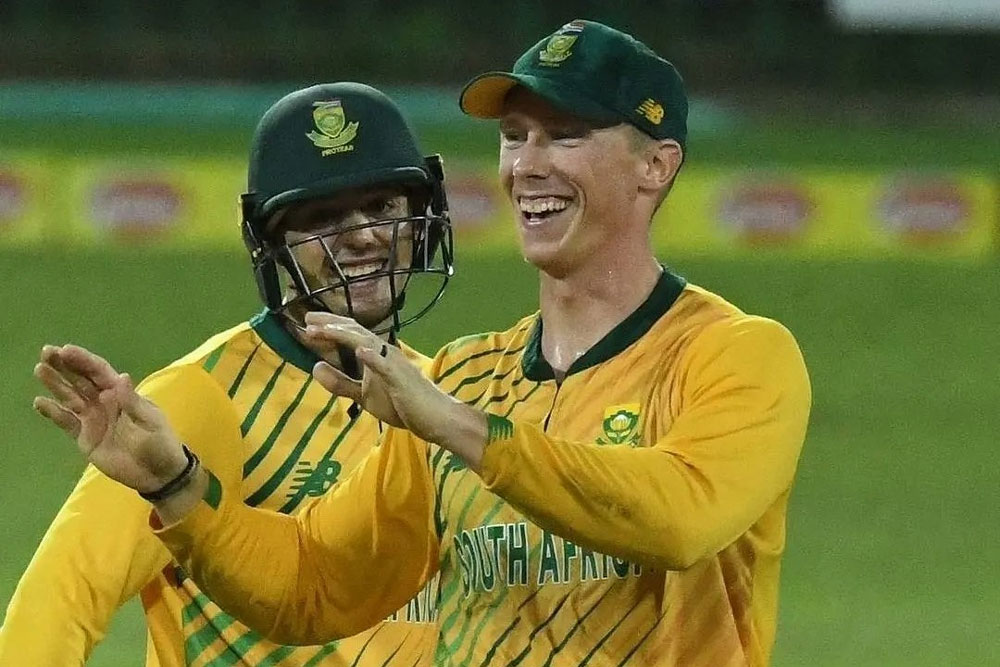 Rassie van der Dussen will be a key player for South Africa in the ICC T20 World Cup 2021. Photo: Twitter

Van Der Dussen and Maharaj are both experienced cricketers, while Reeza Hendricks and Dwaine Pretorius have made great strides in the last 12 months, Then, of course, Quinton de Kock, Kagiso Rabada and others will join the squad from the IPL.

Mark Boucher is overseeing the operation as head coach, while other previous Proteas JP Duminy and Charl Langeveldt are on the coaching staff.

The staff are all still relatively new to the job, but performances and results in 2021 show that South Africa’s trajectory may be on the up.

Victories in both Test and T20 series in the Caribbean were followed by T20 whitewashes of Ireland and Sri Lanka in July and September, suggesting that the squad is benefitting from approaching a major tournament with an extra 12 months of development behind them.

“A year ago, we were certainly less experienced. We’re in a good place now.”

The captaincy has also changed hands in the last 12 months. 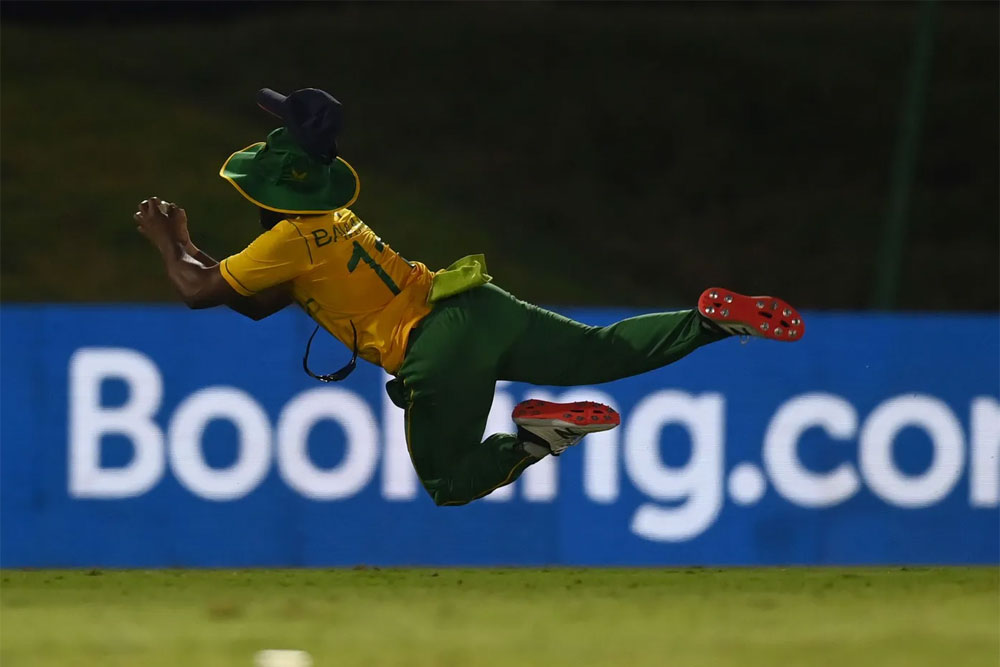 Temba Bavuma can be a livewire in the field too, a trait many Proteas are known for. Photo - ICC-Getty

Temba Bavuma took the permanent reigns as South Africa’s T20 skipper in March, overseeing a string of positive results since.

But mental preparation is considered just as import as physical for Van der Dussen, who is desperate not to burnout ahead of a busy few weeks of cricket.

“You put in all the hours that you need to,” he says, “and then on game night it’s pretty intense.

“I get my practise done and then mentally switch off so that next time I’m on the field my mind is 100 per cent ready to go.”