While addressing media in Kolkata, BCCI President-elect Sourav Ganguly was asked: "Have you spoken to Ravi Shastri?". Then came a cheeky response, asking: "Why, what has Ravi Shastri done now?" 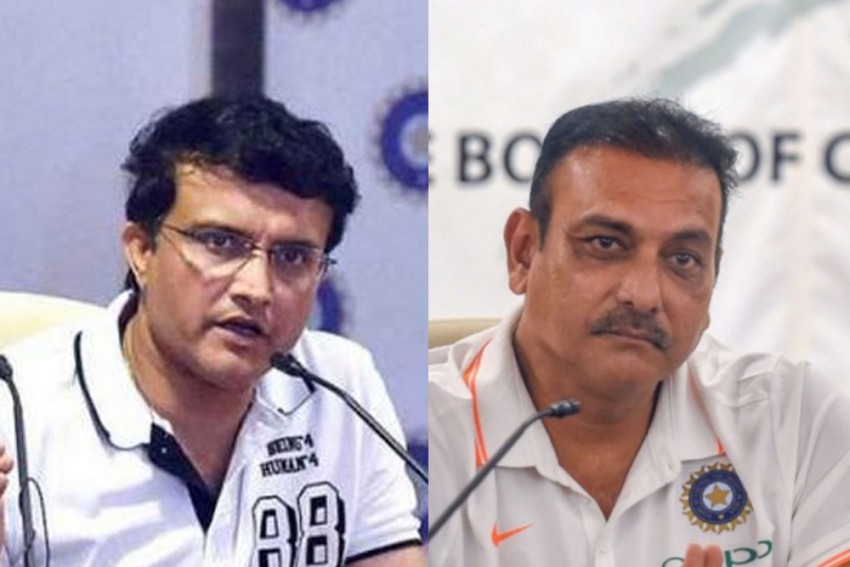 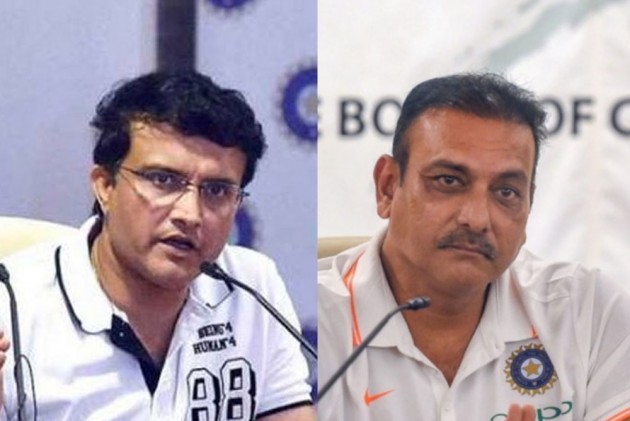 Every cricket fan knows Sourav Ganguly, anointed to be the president of the Board of Control for Cricket in India, and Ravi Shastri, the head coach of the Indian national cricket team, don't have a good relationship. But the two gentlemen have made sure that their personal animosity doesn't affect professional judgments. (More Cricket News)

But fans, as fans always do everywhere, want little more than what the two former India captains have been offering, in their silence. Ganguly, who will soon assume office as the most powerful man in the most powerful cricket board in the world, can do what he wants, including the removal of the head coach, yes with some valid reasons. In fact, some sections of fans have indeed gone to the length of requesting Ganguly to do the same. Yes, there are always factions and lobbies in Indian cricket! Just see social media posts and forwards in messaging apps.

Read: What Ganguly Said On Resumption Of India-Pakistan Cricket Ties

While addressing media in Kolkata, one of the questions revolved around Shastri, and Ganguly came up with a cheeky response, asking: "Why, what has Ravi Shastri done now?". By the way, the actual question was: "have you spoken to Ravi Shastri?".

For the record, Ganguly has come to terms with Shastri helming thigs at the Indian camp, the actual camp with players. Terming Shastri as the right choice for the job, Ganguly had said that the BCCI did not have many choices.

“Ravi is the right choice. They didn’t have too many choices as not many had applied (for the coach’s job)... Ravi has been doing this for five years, and has now been given this responsibility for two more years. I don’t think anyone else in history has got such a long time with the team. He is the right choice, but now he has to repay the faith placed in him. He has two T20 World Cups coming up (in 2020 and 2021), and in such big tournaments, India needs to find ways to win,” Ganguly had said.

But that was before his anointment, while he was just another former captain leading a state association. And now, from a different position, Ganguly will have a different perspective. That's that piqued fans.

Read: Ganguly And The Art Of Handling Political Bouncers

For that matter of fact, Ganguly was even asked, as reported by PTI, if Ravi Shastri's appointment will be subject to discussions since there were questions with regards to the validity of the Kapil Dev-led panel.

And, Ganguly replied in negative.

"I don't think so that it will jeopardise the selection of Ravi Shastri. I am not sure though. Even we had selected the coach when there was this conflict issue," said Ganguly.

Traditionally, the president is not a part of the selection committee meeting as secretary, now Jay Shah, is the designated convenor. The selectors are meeting on October 24 in Mumbai to announce the squad for the Bangladesh home series. Expect some more new developments as Ganguly is likely to make his presence felt, then an there.