Sourav Ganguly said he is 'definitely' interested in the Indian cricket team's coach job but not at the moment as besides being associated with IPL franchise Delhi Capitals as the team advisor, he's the Cricket Association of Bengal (CAB) president. 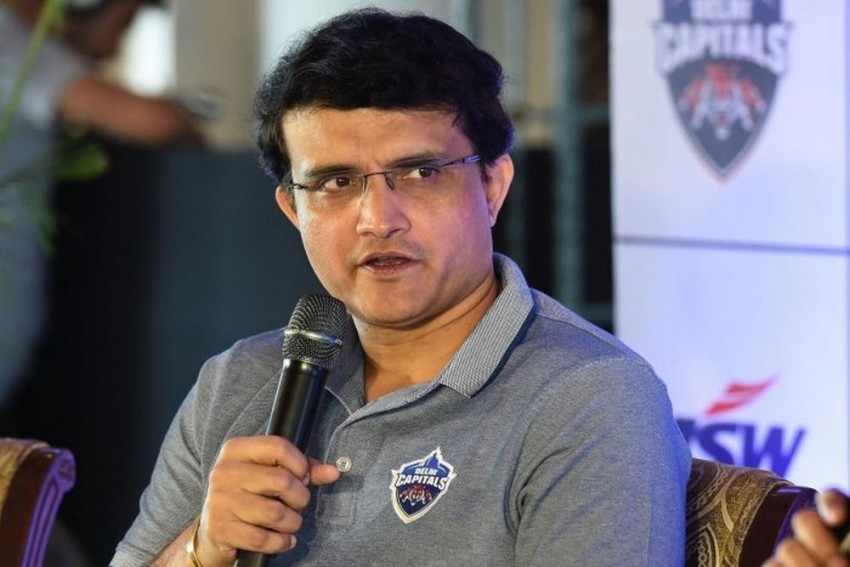 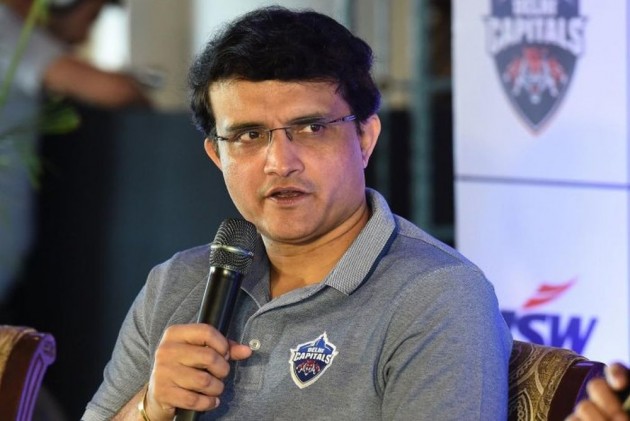 Sourav Ganguly on Friday said he aspires to be Indian cricket team's head coach some time in future but has no interest in the high-profile position at this point.

The hunt is on for the new India coach with incumbent Ravi Shastri's tenure coming to an end with the conclusion of the tour of the West Indies.

Former skipper Ganguly said he's definitely interested in the India coach's job but not at the moment as his plate is full.

"Definitely, I'm interested but not at this point of time. Let one more phase go then I will throw my name into the fray," Ganguly said.

The 47-year-old is currently the Cricket Association of Bengal (CAB) president, besides being associated with IPL franchise Delhi Capitals as the team Advisor. He also does cricket commentary and is the host of a popular Bengali quiz show.

"Currently, I'm associated with too many things -- IPL, CAB, TV commentary. Let me complete this. But I will definitely put my hat at some stage. Provided I get selected. But definitely I'm interested. Not now but in the future," Ganguly said.

One of the most successful Indian cricket captains, Ganguly was the chairman of the previous Cricket Advisory Committee (CAC), which picked Shastri as the India coach last time.

The recently-appointed CAC, led by Kapil Dev with Anshuman Gaekwad and Shanta Rangaswamy as other members, is all set to pick the new coach.

But it seems that Shastri, who has reapplied for the post, would get another term with the India captain Virat Kohli openly endorsing his candidature.

Kapil Dev also said that the skipper's opinion needs to be "respected".

Ganguly said there were not many big names in the fray this time around.

"Going by the applicants, I don't see any heavyweight names. I heard Mahela (Jayawardene) would apply but ultimately he didn't. There are not many big names who have applied for the coach's job.

"Ultimately I don't know what the panel will decide. They have been around for a while. We will see how long the term the coach will give. Not many names have applied for."

The former left-hander however refused to comment on Shastri's tenure.

"I will hold my opinion on that. I don't think it's right for me to say about that. I'm too far from the system that decides the coach," Ganguly said.

After the ODI World Cup, where India lost in the semifinals, they will be back on the road with a full series in the West Indies, beginning with the first T20I in Florida on Saturday.

"West Indies in West Indies will be a lot stronger. T20 is their preferred format. They enjoy playing T20s and they are the current World T20 champions. The two matches in Florida will be tough games.

"Test matches will also be tough as they played very well against England. It won't be an easy West Indies tour as it was five years ago. India will be challenged. There are a lot of young players in the team," Ganguly said.

"As I've said before you want to see these young players get consistent opportunities. You keep saying horses for courses but I feel 'don't judge a horse if you want to keep them on the course'. Consistency is important for rhythm and confidence," he added.

Ganguly heaped praise on Steve Smith whose brilliant century helped Australia recover from 122/8 to reach a competitive 284 in the opening Ashes Test.

"Class is permanent and you could see it. These sort of hundreds will remain in everybody's memories. Now they have a big chance of winning the match. First innings scores are very important. From that point of view, it's a fantastic hundred.

"To be away for a year and play the World Cup...he has had a quiet World Cup. And then to start the Ashes with a century, especially when the team was down was a remarkable effort. Ashes is the biggest England-Australia battle," Ganguly said.