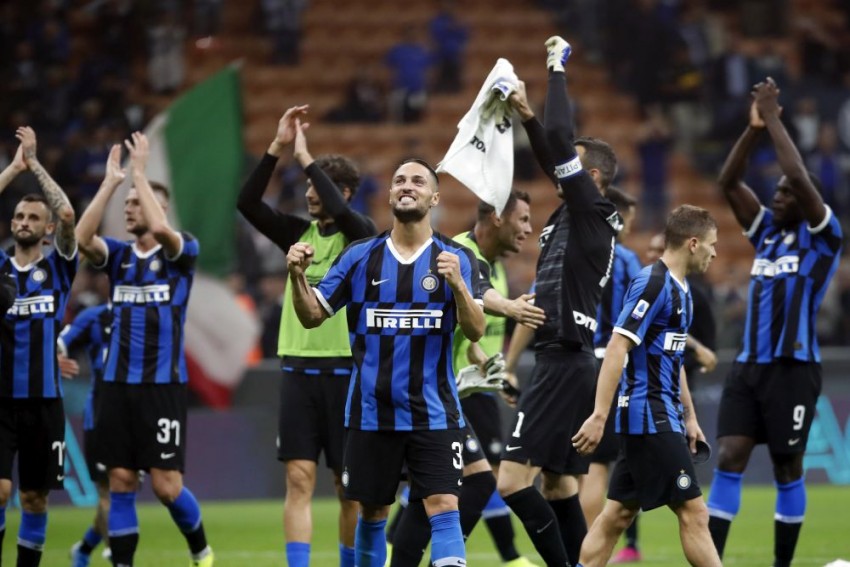 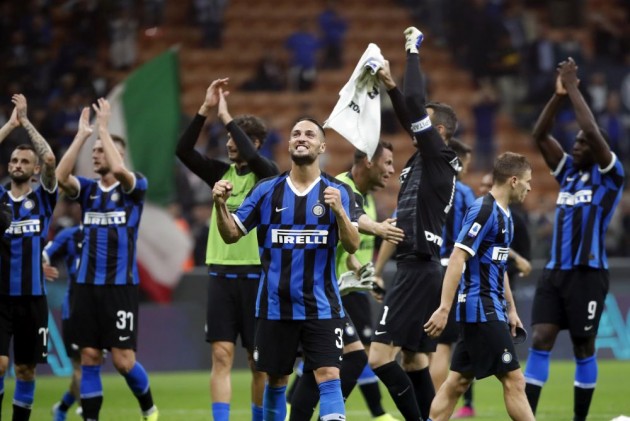 Inter Milan made it five wins from five games with a 1-0 victory over Lazio as Antonio Conte's men reclaimed top spot in Serie A.

However, they needed goalkeeper Samir Handanovic, on the occasion of his 300th game for Inter, to pull off a series of fine saves to ensure a win which allowed his team to restore their two-point lead over champions Juventus on Wednesday (September 25).

The only goal of the game at the San Siro came in the 23rd minute when Italian international full-back Danilo D'Ambrosio headed in from close range off a cross from Cristiano Biraghi. (FOOTBALL NEWS)

At the other end, Handanovic made sure that Inter's miserly defensive record this season, which has seen just one goal conceded, remained intact as he denied Felipe Caicedo and Bastos before he thwarted Tucu Correa with a spectacular one-handed save.

Inter summer signing Romelu Lukaku was unable to add to his three goals in four Serie A games having earlier been denied the chance to play against younger brother Jordan who was sidelined with a knee injury.

Lazio, meanwhile, went into the game with Ciro Immobile left on the bench after a touchline row with coach Simone Inzaghi in last week's 2-0 win over Parma.

The win at the Stadio Olimpico allowed Atalanta to climb into third place in the table.

Atalanta opened the scoring in the 71st minute when Colombian international Zapata, on as a second-half substitute, tucked the ball away from close range.

Dutch midfielder De Roon made sure of the victory with a last-minute, close-range header after Roma goalkeeper Pau Lopez failed to collect a cross.

It was a disappointing night for Smalling as the 31-time capped defender finally made his Roma debut after moving on loan to Italy from Manchester United in the summer.

Napoli lost ground after a 1-0 defeat against Cagliari in Sardinia.

It was a second league defeat of the season for Carlo Ancelotti's side who dominated large parts of Wednesday's match before they were undone by a goal on the counter-attack by Lucas Castro three minutes from the end.

Dries Mertens twice his the woodwork for Napoli whose miserable evening saw Kalidou Koulibaly red-carded in the dying moments for protesting the goal.

Fiorentina moved off the bottom of the table after a 2-1 win over Sampdoria gave them a first win of the campaign.