Miralem Pjanic's second-half goal earned champions Juventus, who were without Cristiano Ronaldo, a 2-1 win over Brescia as they moved top of Serie A. 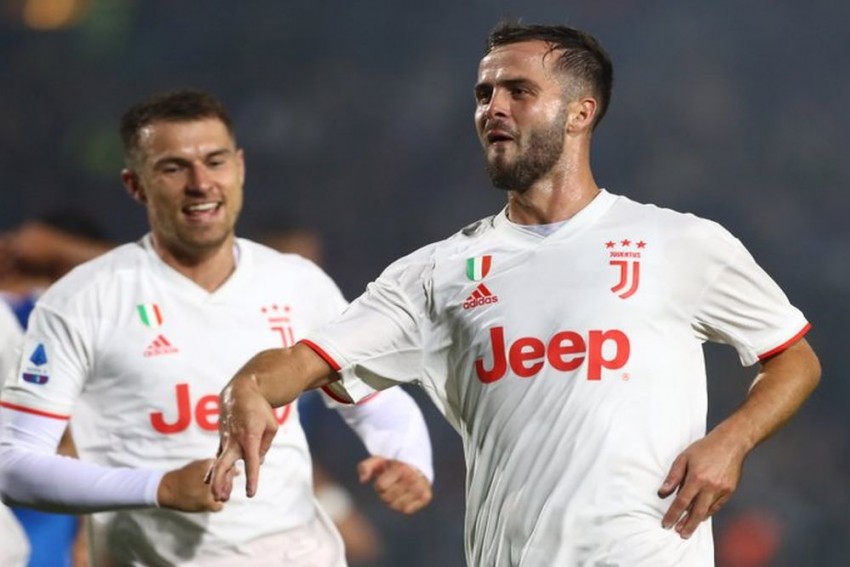 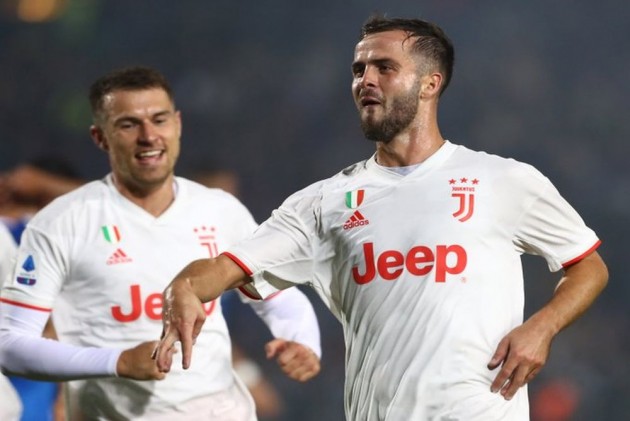 Champions Juventus moved top of Serie A despite the absence of Cristiano Ronaldo after Miralem Pjanic's second-half strike saw them come from behind to beat Brescia 2-1 on Tuesday (September 24).

A fourth-minute strike from Alfredo Donnarumma handed Brescia, who gave a debut to Mario Balotelli, an early advantage. (FOOTBALL NEWS)

Maurizio Sarri's team levelled shortly before the interval courtesy of Jhon Chancellor's own goal before Pjanic's stunning strike just after the hour mark.

The victory sees Juve leapfrog Inter at the Serie A summit as they continued their unbeaten start - and the result was all the more impressive given they did so without star man Ronaldo, who was left out as a precautionary measure with an adductor problem.

All the talk was of Balotelli's debut before kick-off, yet it was his strike partner Donnarumma who gave the home side a surprise early lead.

Sandro Tonali was the chief architect as he led a break down the left channel before the ball was switched sideways via Romulo to Donnarumma, whose driven strike had plenty of power but should have been kept out by Wojciech Szczesny.

Balotelli forced the former Arsenal goalkeeper into action with a thunderous long-range free-kick which the Poland international had to fingertip over his crossbar.

Joronen came to the home side's rescue eight minutes after the restart when he superbly thwarted Gonzalo Higuain's from close range and Chancellor went some way to atoning for his own goal when he superbly hooked Adrien Rabiot's goal-bound effort off the line.

Eventually, the goal came, however. Having been fouled 20 yards out, Dybala saw his free-kick ricochet off the ball into the path of Pjanic, who arrowed a low shot into the bottom-left corner.