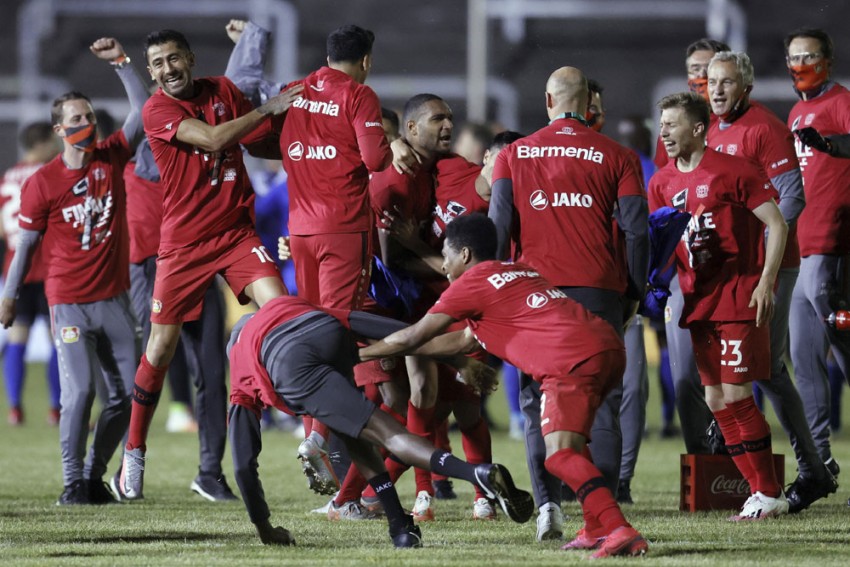 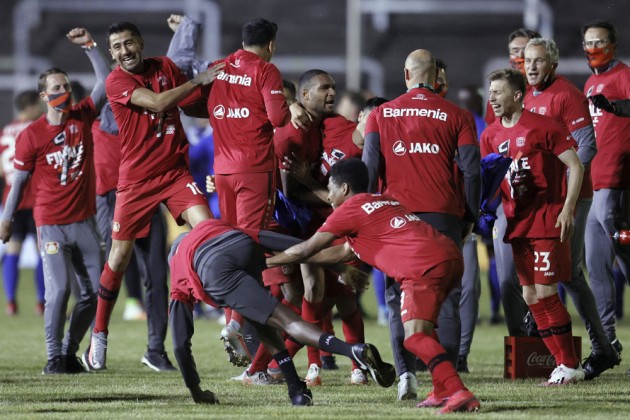 Bayer Leverkusen swept aside overmatched minnows Saarbrucken to reach the final of the DFB-Pokal with a 3-0 away win. (More Football News)

Saarbrucken were declared champions of their truncated Regionalliga Sudwest campaign – week-by-week consistency having gone hand in hand with an incredible cup run – when Germany's lower categories were cancelled due to the coronavirus pandemic.

It meant the fourth-tier side had not played for more than three months by the time Leverkusen, fifth in the Bundesliga, arrived at Hermann-Neuberger-Stadion.

Despite the likes of Kai Havertz and Leon Bailey sitting out the contest entirely, Peter Bosz's men were 2-0 up inside 19 minutes thanks to Moussa Diaby and Lucas Alario, with Karim Bellarabi getting in on the scoring act after half-time.

Kerem Demirbay had an early shot deflected wide before a sublime chipped pass from the playmaker found a swivelling Diaby to volley the 11th-minute opener.

Alario capitalised on a defensive mix-up to lash home at the near post and effectively end the contest, with the opening half continuing to take place almost exclusively inside the Saarbrucken half thereafter.

Paulinho clipped a clever effort beyond goalkeeper Daniel Batz and narrowly wide of the left-hand post after Alario opened up the home defence.

Saarbrucken bodies were launched in the direction of Mitchell Weiser's 42nd-minute drive to help keep the deficit down at the break.

A double substitution robbed Leverkusen of their fluency during the opening stages of the second half, although any whiff of encouragement was snuffed out when Demirbay teed up one of the replacements, Bellarabi, to slam home from inside the box.

Paulinho exchanged passes with another substitute, Kevin Volland, to lash over in the 72nd minute before Batz saved sharply from the latter and Markus Mendler scuffed a wonderful chance for a memorable Saarbrucken consolation.

Kerem Demirbay has had a hand in all three @bayer04_en goals so far, perhaps the star man on the pitch #DFBPokal #FCSB04 0-3 pic.twitter.com/nqb7AOiPma

What does it mean? Lockdown shuts the door on Saarbrucken's dreams

Saarbrucken's improbable run to the semi-finals of the DFB-Pokal captured hearts and minds across German football but circumstances dictated their bid for one more memorable night was inevitably forlorn. A fourth-tier club taking on Champions League aspirants would require everything to fall in their favour at the best of times, but Lukas Kwasniok's men being forced to spend 94 days without match practice, as COVID-19 brought their league competition to a premature close, left them playing out a hopeless if noble endeavour.

Demirbay shows there can be life after Havertz

Havertz sat out Tuesday's tie as a precaution, allowing him to bask in being one of the hottest properties in Europe. A host of big hitters are purportedly lining up to take the Germany international off Bosz's hands, but the Leverkusen coach's trademark expansive style remained in good order without his talisman. That owed much to the mesmeric Demirbay, who created each of his side's goals.

Batz will forever be remembered as the superhero of this Saarbrucken run, having saved a penalty in normal time and a remarkable four more during the quarter-final shoot-out against Fortuna Dusseldorf. It was unfortunate, therefore, to see him fail to claim Demirbay's cross and collide with Manuel Zeitz – allowing Alario to make it 2-0. There was no way back from there.

Bayern Munich or Eintracht Frankfurt await in the final for Leverkusen, who were swatted aside 4-2 by the reigning Bundesliga champions at the weekend. Saarbrucken's next meaningful action will take place in 3.Liga – a fitting reward for their superb 2019-20.

'Never Too Late To Fight For Right Cause': Chris Gayle Stands With Darren Sammy