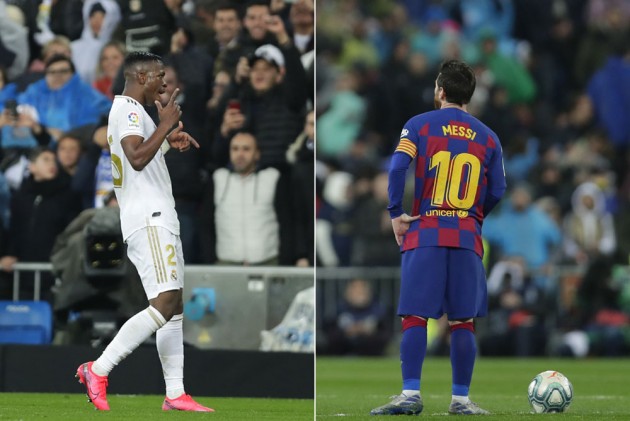 At the ripe age of 19 years, 233 days, Vinicius' deflected shot in the 71st minute put Madrid ahead at the Santiago Bernabeu on Sunday.

The diminutive forward eclipsed Barca superstar Messi, who was 26 days older when he scored his maiden Clasico goal in March 2007.

1 - Vinícius Júnior (19 years and 233 days) has become the youngest player to score in #ElClásico in @LaLigaEN in the 21st century, breaking the record previously held by Lionel Messi in March 2007 (19y 259d). Explosion. pic.twitter.com/cUnEb3tmeR

Messi was a peripheral figure as Madrid climbed above reigning champions Barca to the top of the table, with substitute Mariano Diaz completing a 2-0 victory.