Jan Oblak made a superb save in the second half as Atletico Madrid claimed a point from Sunday's clash with Real Betis to move top. 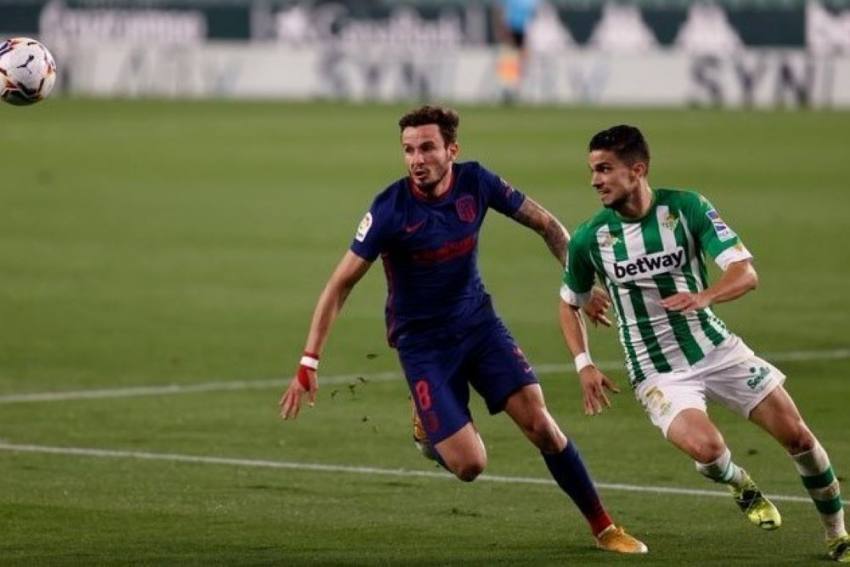 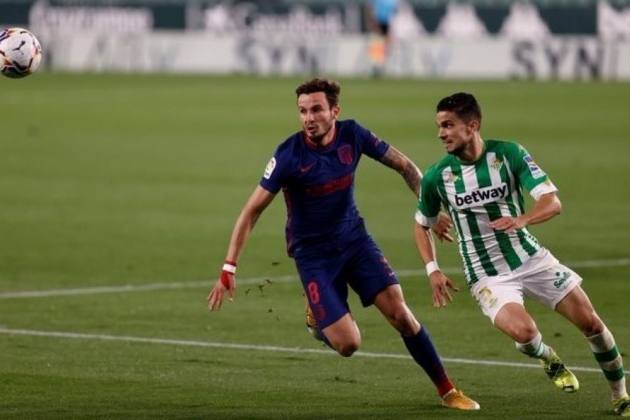 Atletico Madrid returned to the top of LaLiga, though only by a point, as they drew 1-1 with Real Betis in a thrilling encounter. (More Football News)

Real Madrid leapfrogged their neighbours into top spot with Saturday's Clasico triumph over Barcelona, and in response Diego Simeone's Atletico made an ideal start against Betis on Sunday.

Yannick Carrasco scored their quickest goal of the season, timed at four minutes and 36 seconds. However, Cristian Tello struck back for European hopefuls Betis 15 minutes later, directing a wonderful volley into the bottom-right corner.

Chasing four home wins in a row for the first time since April 2018, Betis had the better of the second half, though Atletico goalkeeper Jan Oblak stood firm when called upon and his counterpart Claudio Bravo made a superb late stop from Angel Correa to preserve a deserved point.

An enthralling clash started full of promise. Joao Felix's delightful flick played in Correa, who beat the onrushing goalkeeper and squeezed a neat pass into Carrasco for a simple finish into an empty net.

4:36 - Yannick Carrasco’s goal is the earliest @atletienglish have scored this season in all competitions. Reaction. pic.twitter.com/dW1fDp6zf4

Saul Niguez directed a close-range header straight at Bravo soon after, and Atleti were swiftly made to pay – Alex Moreno's cross brilliantly steered home by Tello.

Carrasco made a vital, goal-saving challenge on Emerson as half-time approached, and the Atleti scorer was in the thick of it again as he drilled into the side-netting from the resulting counter.

Having sustained a knock while on international duty with Portugal in March, Joao Felix was forced off injured here after a collision with Tello three minutes into the second half.

Atleti's frustration was almost compounded when Emerson met Nabil Fekir's cross, but Oblak was alert to the full-back's header.

Jose Gimenez made an outstanding block to deny Aitor Ruibal, but it was the ever-reliable Oblak who proved Atleti's saviour.

Diego Lainez seemed all set to strike at the culmination of a sweeping Betis move, yet Oblak made a stunning save low to his left as Atleti went back to the top of the pile – Bravo's stoppage-time efforts at the other end denying the visitors all three points.

What does it mean? Atleti edge ahead, but only just

Having hung on through the second half, Atleti had opportunities to snatch a much-needed win late in the day but could not find a way beyond Bravo, and the title race is firmly on heading into the run-in.

What more can be said about Oblak? It seems that time and time again, he is coming up huge for Atleti, making another four saves in this game, with the pick of the bunch his remarkable stop from Lainez.

Determined not to be outdone, perhaps, Bravo then delivered for his side in the dying embers, stretching low to his right to keep out Correa's drive – one of three saves the former Barca and Manchester City goalkeeper made.

Joao Felix missed last week's defeat to Sevilla through injury, but on his first LaLiga start since February, the youngster looked sharp in the first half. Indeed, it was his exceptional flicks which helped tee up Atleti's opener, though that was the only key pass he played.

A promising display was cut short just after the interval, with what may well be a recurrence of the issue sustained while on international duty. Atleti need him fit, as they have become too reliant on 19-goal Luis Suarez, who was absent on Sunday.

Atletico have scored 52 goals after 30 league games this season (1.73 goals per game). The last LaLiga winner with as few or fewer goals at this stage of the season were Fabio Capello's Real Madrid in 2006/07 (42 goals).

- Correa has delivered 10 assists in all competitions this term, equalling the best tally in his six seasons at Atletico (level with 2016/17 campaign). The Argentinian has scored only four goals, however, which is his lowest tally at this stage of the season.

- Only Correa (41) has been substituted in more games in all competitions for Atletico than Joao Felix (36) since the Portuguese player arrived at the beginning of last season.

- Betis coach Manuel Pellegrini has managed six LaLiga games against Simeone's Atletico without winning any of them (D3 L3) – the only manager he has faced more often in the competition without a victory is Pep Guardiola (8 games - D1 L7).

Betis take on Valencia next Sunday, and Atleti take on Eibar in their next LaLiga meeting on the same day.