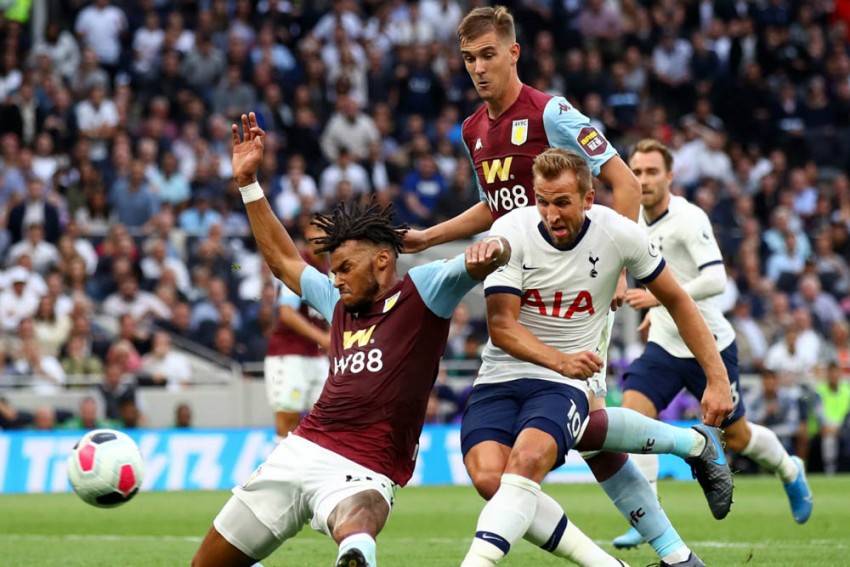 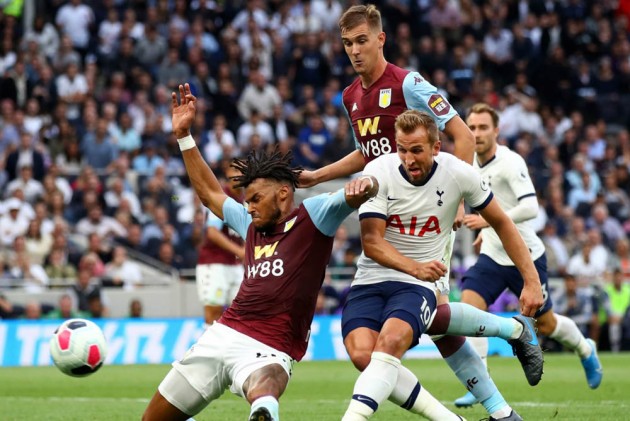 John McGinn's ninth-minute goal seemed set to mark Villa's return to the top flight in style, with Champions League finalists Spurs – playing without the benched Christian Eriksen for over an hour – struggling to break down Dean Smith's side.

Eriksen's introduction sparked urgency into Tottenham's attack and, after Tom Heaton had made a fantastic stop to deny Davinson Sanchez, Ndombele slammed home a brilliant equaliser at the Tottenham Hotspur Stadium.

Another terrific Heaton stop kept Eriksen at bay, but Villa's resistance was ended when Kane capitalised on a mistake from Jack Grealish before excellently tucking in his second to add gloss to a hard-fought win.

FULL-TIME: A superb second-half display as we come from behind to take a deserved three points on the opening day!

Villa's defence struggled to cope with Lucas Moura's movement in the early stages and the former Paris Saint-Germain forward should have done better with a free header he directed straight at Heaton.

After Kane headed over before half-time, Moussa Sissoko was the next to let Villa off the hook, lashing wildly at a close-range strike.

But Spurs' equaliser finally came with 17 minutes remaining - Ndombele curling in a wicked first-time strike, which looked as though it brushed off Tyrone Mings en route to the back of the net, after Heaton had pulled off a fine save from Sanchez's header.

Heaton prevented Eriksen capping a superb cameo with a goal soon after, but Villa's defence could not hold on, and Spurs hit the front with four minutes remaining as Kane slotted in following sloppy play from Grealish.

Spurs were not finished there, however, and Kane helped himself to a well-taken second to make for a scoreline more comfortable than Tottenham's wasteful display warranted.

What does it mean? Spurs must cling onto Eriksen

Eriksen may well leave Tottenham before the end of August, if rumours linking the former Ajax star with a move to Real Madrid are to be believed.

Based on this display, however, Mauricio Pochettino must do all he can to keep hold of Eriksen, who changed the game once he entered the fray.

Ndombele lives up to the billing

Tottenham edged out some of Europe's top clubs to secure Ndombele's signature and the France international stepped up when it mattered.

The 22-year-old only scored three times for Lyon last season but showed real composure to curl in Spurs' equaliser.

Rose fails to cover himself in glory

England full-back Rose looked set to be leaving Tottenham after he was left out of the club's Asian tour in pre-season but, despite a reported late bid from Watford, the 29-year-old stayed put.

He had a moment to forget, though, when he failed to keep track of McGinn before his slip allowed Villa's goalscorer to get a shot off.

- Tottenham have won 37 Premier League games after finding themselves behind at half-time, more than any other side.

- Spurs have won five of their six opening games in the Premier League against promoted sides, only losing in 2007-08 against Sunderland.

- Courtesy of the strikes from Aston Villa's John McGinn and Tottenham's Tanguy Tanguy Ndombele, this game was the first match to see both sides have a player score a Premier League debut goal since Burnley (Scott Arfield) versus Chelsea (Diego Costa) in August 2014.

- Harry Kane has scored six goals in six Premier League appearances against Aston Villa, netting a total of four in his last two league meetings with the Villans.

- Jack Grealish has lost each of his last 19 Premier League games, the longest run of consecutive defeats suffered by a player in the history of the competition.

Manchester City began their title defence in style in Saturday's early kick-off with a 5-0 win over West Ham and Pep Guardiola's side are next up for Tottenham at the Etihad Stadium. Villa, meanwhile, host Bournemouth.