Raheem Sterling earned plenty of plaudits following his man of the match display against Kosovo on Tuesday, with former Manchester City and England winger Trevor Sinclair claiming he is on the same level as Cristiano Ronaldo and Lionel Messi. But City boss Pep Guardiola warns his ward no to get carried away 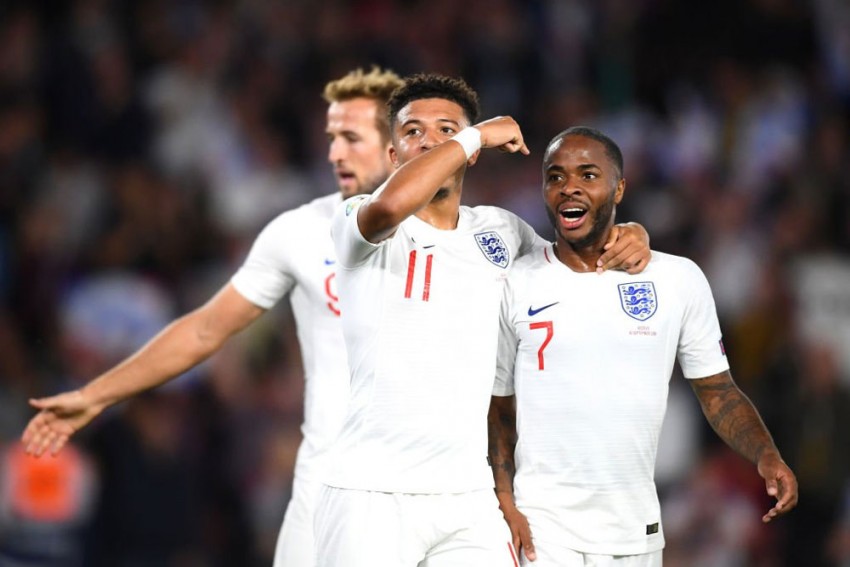 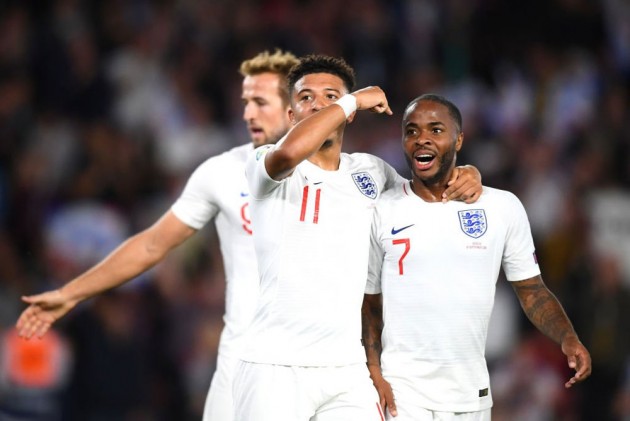 The England international has starred for club and country this season with eight goals and three assists in seven matches.

Sterling earned plenty of plaudits following his man of the match display against Kosovo on Tuesday, with former City and England winger Trevor Sinclair claiming he is on the same level as Ronaldo and Messi.

Guardiola has played down the comparisons, however, believing that nobody can match the two players who have battled it out to be the world's best for more than a decade.

"I'm so happy for him, for the way he's playing here and national team, but hopefully he won't read or listen to these kind of things," Guardiola said at Friday's news conference.

"Nobody can compare with Cristiano or Messi.

"I don't know if he's the best in England. Since we're together, not just now, he's been incredible with his work ethic. He's a nice guy. I'm delighted for him."

Sterling has been responsible for five of City's 14 goals in their opening four Premier League matches, the reigning champions collecting 10 points from their opening run of fixtures.

Liverpool are two points better off with a perfect return but Guardiola insisted it is too early to call it a two-horse race at the summit, especially with the games now coming thick and fast.

8 - Raheem Sterling has scored eight goals in his last eight appearances for England, with five of those coming in home games. Response. pic.twitter.com/11DR8aPCYn

Speaking ahead of City's trip to Norwich City on Saturday, Guardiola told reporters: "I'm not predicting. Every week there are incredible predictions - there's a tendency for that but we've played four league games and that's nothing.

"We start the real competition, we play Saturday, then travel, play Wednesday, land Thursday, Saturday we have Premier League and then we go to Preston to play in the EFL Cup.

"Of the next five games we've got four away, so many things can happen. We've had two terrible injuries with Leroy [Sane] and Aymeric [Laporte].

"It's too early to say what is going to happen. Chelsea, United, Tottenham, Everton doing well, everything can happen, but it's four games. In February or March we can say better. Now it's just four games and it's nothing."