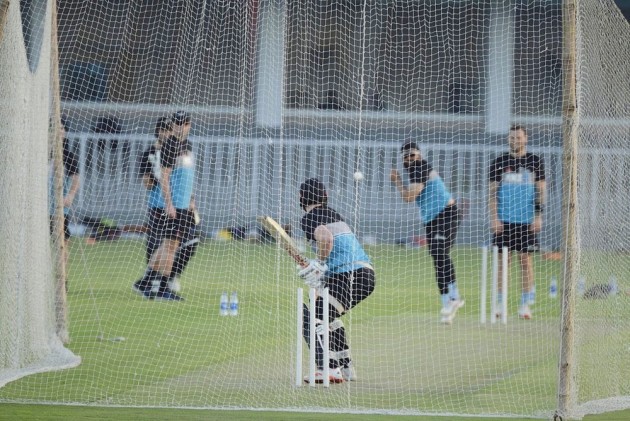 New Zealand trained on Monday at the Rawalpindi Cricket Stadium, where they will face Pakistan in the first of three one-day internationals (ODIs) on Friday. (More Cricket News)

This is the 'Black Caps' first tour to Pakistan since 2003.

The two nations will contest three ODIs in total before playing five Twenty20 internationals, with a large security presence expected to be on hand for both limited-overs series.

Pakistan will be coached by former Test players Saqlain Mushtaq and Abdul Razzaq, who have taken their roles on an interim basis following the recent resignations of Misbah-ul-Haq and Waqar Younis.

The Pakistan Cricket board announced on Monday that Matthew Hayden and Vernon Philander will be joining the team's coaching staff for the upcoming T20 World Cup in the UAE and Oman.