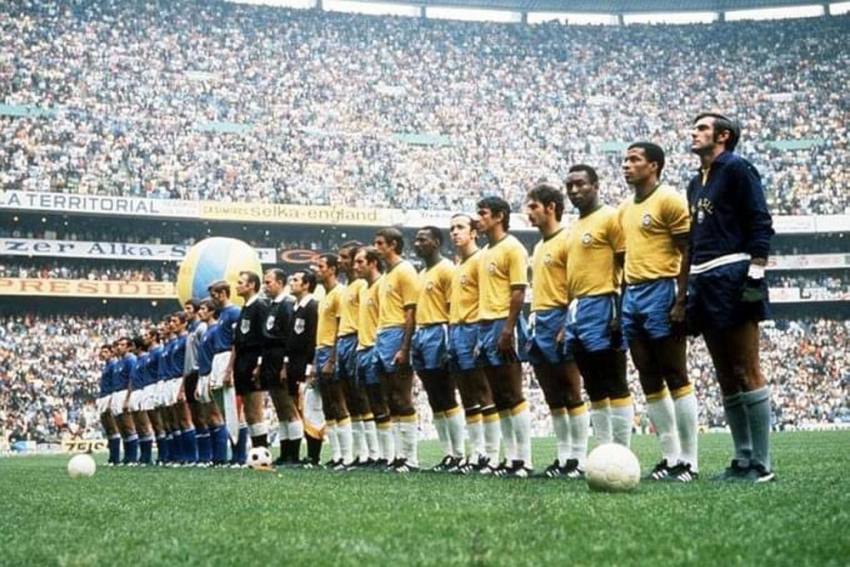 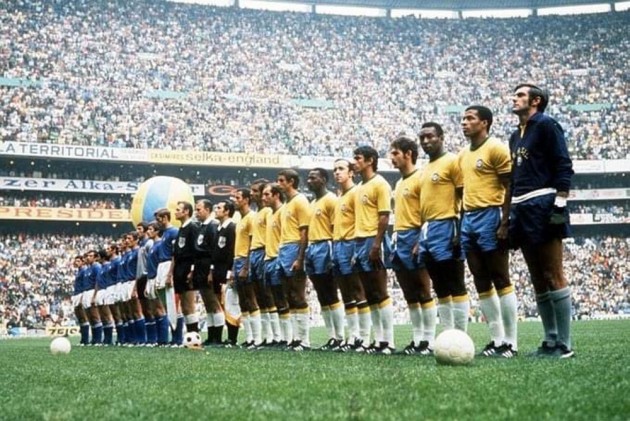 The Estadio Azteca played host to World Cup history 50 years ago on this day, as the Jules Rimet Trophy was lifted for the final time.

LeBron James will also look back on the date with fondness, the NBA great finally climbing the ladder and hoisting the Larry O'Brien Trophy.

Here we look back on some memorable moments from this day in sport.

History was made at Mexico 1970 with Mario Zagallo becoming the first person to win the #WorldCup as a player and coach#WorldCupAtHome | #Mexico70pic.twitter.com/THFWmQDHN3

Gary Player won nine major titles across a glittering career but perhaps the sweetest of the lot came at the 1965 U.S. Open.

The South African claimed the lead in the second round at Bellerive but let a two-stroke advantage going into the final round slip.

He was forced into a Monday 18-hole play-off with Kel Nagle, but Player built a five-stroke lead after eight holes and eased to a notable victory that saw him claim his place in history.

Pele and Brazil endured a miserable experience at the 1966 World Cup as they exited the competition in the group stage.

However, they put that behind them in spectacular fashion in Mexico four years later.

In only one game, a 1-0 triumph over defending champions England in the group stage, did they fail to score at least three times, while the Selecao cut apart Italy in the final.

Pele opened the scoring and, after Roberto Boninsegna equalised for the Azzurri, Gerson, Jairzinho and Carlos Alberto scored in a second-half blitz. Brazil became the first team to win the World Cup three times, claiming the Jules Rimet Trophy outright as it was replaced for the 1974 tournament.

It was a contest that provided a tense finale as Australia attempted to chase down the Windies' 291-8, Lloyd having scored 102 from just 85 deliveries.

The match looked to be won when Australia were reduced to 233-9, but Jeff Thomson and Dennis Lillee gave them hope with an unlikely 10th-wicket partnership.

Thomson and Lillee put on 41 until the former was run out by Deryck Murray to secure glory for West Indies.

With 227 dismissals in 88 internationals, he was one of West Indies' finest wicket-keepers

Having cemented his legacy by adding to his win over Evander Holyfield by defeating Mike Tyson in 2002, Lennox Lewis signed off his boxing career with victory over Vitali Klitschko.

The third round proved key, as an impressive Klitschko suffered a cut to his right eye that forced the fight to be stopped after the sixth, with Lewis awarded the win by TKO.

Klitschko required over 60 stitches but his performance led to calls for a rematch. Despite initial negotiations, Lewis elected to retire in February 2004 with a record of 41-2-1.

Heavyweight glory would come for Klitschko, who was never again defeated and twice won the WBC title.

LeBron James suffered heartbreak in his first two NBA Finals, losing in 2007 with the Cleveland Cavaliers and in 2011 with the Miami Heat, as they were defeated by the Dallas Mavericks.

However, it was a case of third time lucky for LeBron as the Heat made amends for their 2011 disappointment a year later.

Miami's super team, led by the big three of James, Dwyane Wade and Chris Bosh, proved too much for an Oklahoma City Thunder roster featuring a young triumvirate of Kevin Durant, Russell Westbrook and James Harden.

The Heat clinched a 4-1 series win, wrapped up with a 121-106 victory in which James tallied 26 points. It was a double celebration for LeBron, who was named Finals MVP after averaging 28.6 points in the series.