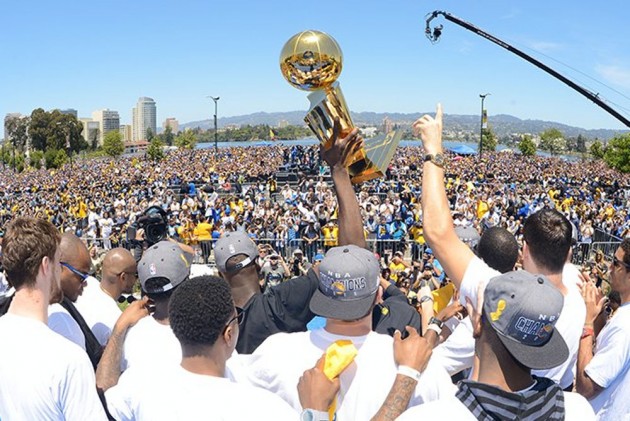 Steve Kerr's Warriors have dominated the NBA for much of the past half-decade, but five years ago they were trying to end a long championship drought.

Woods was already a multiple major winner by 2008, though his victory at the U.S. Open at Torrey Pines while he essentially played on one leg was one of his most incredible successes.

Here we take a look at major sporting events that have happened on June 16 in previous years.

The 2008 U.S. Open had been due to finish on Sunday, June 15 but 72 holes could not separate Woods and veteran Rocco Mediate, so the two came back for 18 more on Monday.

Woods had a three-stroke lead through 10 holes but, clearly hampered by a serious knee injury, he was reeled in by the world number 158 and needed a birdie at the last to force a sudden death.

The WINNER of the first #USOpenBracketChallenge is Tiger Woods (2008).

Woods famously fought through a fractured tibia and torn ACL to beat Rocco Mediate in a playoff at Torrey Pines. pic.twitter.com/UeVemRF5i4

After 91 holes, Woods eventually emerged victorious to claim his 14th major title - four short of record-holder Jack Nicklaus' haul - though it would be another 11 years before he tasted major success again at the Masters.

It was later revealed Woods had played on with a double stress fracture and a torn anterior cruciate ligament, making his victory all the more remarkable.

Finals between the Warriors and Cleveland Cavaliers would become a regular theme, and it was Stephen Curry and Co. who came out on top in 2015, as they did in 2017 and 2018 too.

Curry and Finals MVP Andre Iguodala scored 25 points apiece, with the latter winning praise for his defensive display against LeBron James, who would need to wait another 12 months before he brought a title to the long-suffering Cleveland fans.

They may have undoubtedly been the best team at Russia 2018, but France had an underwhelming start to a campaign that would end with them winning the World Cup.

Les Bleus were thankful for VAR when it was used - for the first time ever in a World Cup match - to award them a controversial penalty after Josh Risdon's tackle on Antoine Griezmann originally went punished in Kazan.

Griezmann duly dispatched the penalty but Australia pulled level through Mile Jedinak's spot-kick, only for France to claim a 2-1 win 10 minutes from time courtesy of an own goal from Aziz Behich.