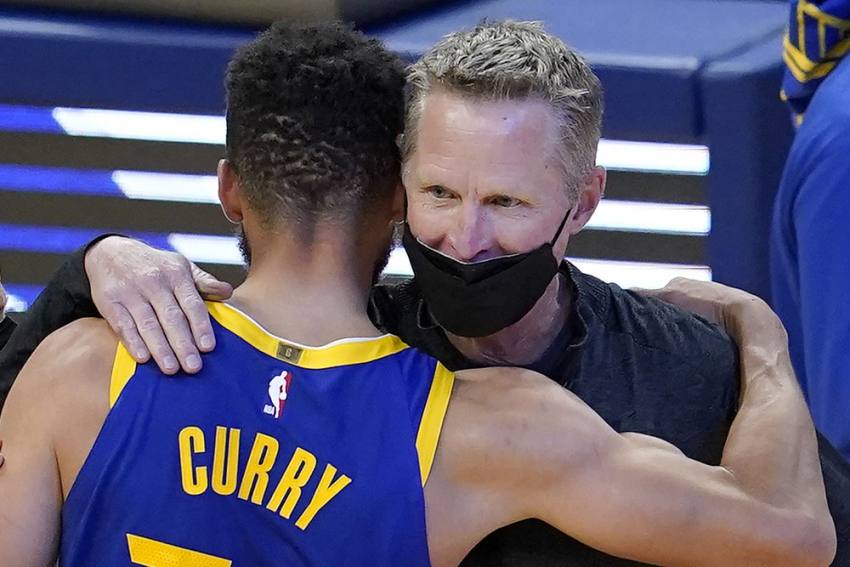 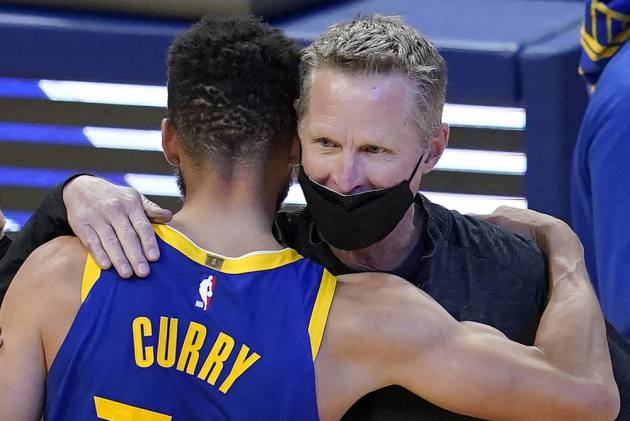 Curry finished with 53 points for the Warriors, surpassing Chamberlain's franchise all-time scoring record with 19 points in the first quarter.

The 33-year-old may have played 745 games for the Warriors compared to Chamberlain's 429, but he was visibly overjoyed with the achievement.

Curry was also later drenched during a post-game interview by teammate Kent Bazemore with an ice cold water.

MVP candidate Nikola Jogic had 27 points and 12 assists for the Nuggets.

Joel Embiid won the battle against Luka Doncic as the Philadelphia 76ers stayed top in the East with a 113-95 triumph over the Dallas Mavericks.

Embiid only played 26 minutes but finished with 36 points, including 23 by half-time, and seven rebounds.

Doncic scored 32 points, reaching 30-plus for the 19th time this season for the Mavs, who were without Kristaps Porzingis due to a knee complaint.

Ladder leaders Utah Jazz were beaten by the Washington Wizards 125-121 with Bradley Beal returning from his latest niggle to score 34 points.

Beal was well supported by guard Russell Westbrook who had his ninth triple-double in 10 games with 25 points, 14 rebounds and 14 assists.

The Jazz move to 40-14 despite Donovan Mitchell's 42 points and center Rudy Gobert's double-double.

Red hot Zion Williamson continued his form surge with 30 points in the New Orleans Pelicans' 117-110 victory over the Sacramento Kings.

Williamson had scored 37 and 38 points in his past two games and delivered again, while Brandon Ingram had 34. The improved De'Aaron Fox scored 43 points for the Kings.

The Los Angeles Lakers lost again without LeBron James as Julius Randle hit 34 points and had 10 rebounds to lead the New York Knicks to a 111-96 victory.

The Phoenix Suns edged past the fast-finishing Houston Rockets 126-120 after equaling the NBA record for 18 three-pointers in the first half, while the Memphis Grizzlies scored 31-16 in the fourth to win 101-90 over the Chicago Bulls.

Emerging Nuggets guard Jamal Murray was left writhing in pain after going down with a left knee injury which had fellow players visibly concerned. Fingers crossed.

Grizzlies guard Ja Morant's alley-oop finish was a sight to behold with teammate Grayson Allen's assist leaving him with plenty to do, but he did that emphatically.

Look at the elevation on this Ja Morant alley oop finish.

The Los Angeles Lakers (33-21) have been sliding without LeBron James and Anthony Davis and they face a tough assignment at the Charlotte Hornets (27-25) on Tuesday.