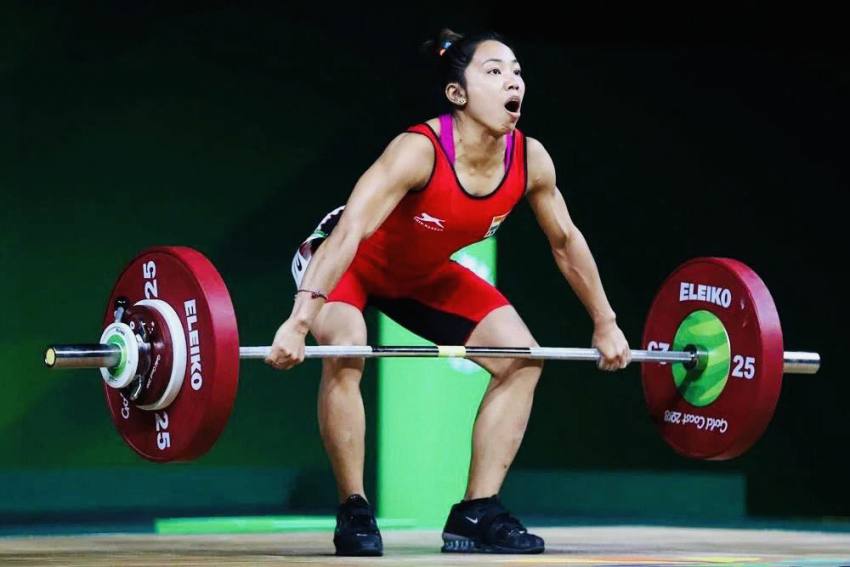 Mirabai Chanu, who competes in the 49kg category, will be eager to improve her personal best (203kg) and finish on the podium, having missed the bronze by a whisker in the 2019 edition.
File Photo
PTI 2021-04-15T17:28:45+05:30 Mirabai Chanu, Jerermy Lalrinnunga Eye Good Show At Asian Weightlifting Championship

Former world champion Mirabai Chanu will look to put her best foot forward after spending more than a year without competition when she spearheads the Indian challenge at the Asian Weightlifting Championship starting in Tashkent on Friday. (More Sports News)

While the last event the Indians had participated was the National Championships in February 2020 before the weightlifting schedule went haywire due to the COVID-19 pandemic, the Qatar International Cup in December 2019 was their last international competition.

The ace weightlifter, who competes in the 49kg category, will be eager to improve her personal best (203kg) and finish on the podium, having missed the bronze by a whisker in the 2019 edition.

China's Zhang Rong had finished with the same total of 199kg as Chanu, but took home the bronze due to a higher snatch result.

After recovering from a back injury, which marred her progress in 2018, Chanu has constantly improved her performance. In the 2019 World Championship, the Manipuri breached the 200kg mark by lifting 201kg (87kg+114kg).

Chanu's best performance came at the National Championships last year where she lifted 88kg in snatch and 115 kg in clean and jerk for a total of 203 kg right before the sporting world was brought to a grinding halt.

She also flew to the US last year to get treatment of her lower back pain from Dr. Aaron Horschig, a physio and strength and conditioning coach, which should benefit her.

Participating in this tournament will also confirm Chanu’s Olympic spot as she has competed in five of the six mandatory qualifying events.

Under the new rules, to qualify for the Tokyo Games, a weightlifter must compete in at least one event in each of the three periods of six months (spread over November 2018 to April 2020), at least six events overall and in at least one gold and silver-level event.

Among the male lifters, all eyes will be on the 2018 Youth Olympic Games gold medallist teenager Jeremy Lalrinnunga. The 18-year-old is the highest-ranked Asian outside the top-eight and is placed 22nd in the 67kg category. He will be keen to increase his ratings points and seal an Olympic berth.

The Mizo weightlifter had gone on a record-breaking spree in his last international tournament. He had smashed his own Youth World and Asian record in snatch, clean and jerk and total lift with an effort of 306kg (140kg+166kg).