Sports Lionel Messi Will See Out Career At Barcelona Thanks To Joan Laporta, Says Gianluca Zambrotta

Lionel Messi Will See Out Career At Barcelona Thanks To Joan Laporta, Says Gianluca Zambrotta

Speculation over Lionel Messi's future continues to linger but Gianluca Zambrotta insists he will stay with Barcelona. 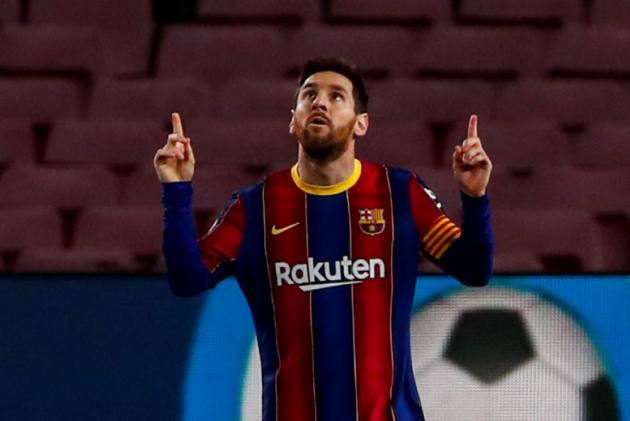 Lionel Messi will remain at Barcelona until the end of his career after president Joan Laporta's efforts in revitalising the club. (More Football News)

That is the view of former Barca full-back Gianluca Zambrotta, who believes the Messi transfer saga will be laid to rest once and for all.

It had looked likely Messi would leave, probably for Manchester City, at the start of this campaign but a dispute over the terms of his contract at Camp Nou proved a stumbling block too far.

The Argentina star has since helped Ronald Koeman's side win the Copa del Rey and they remain in the battle for LaLiga, sitting two points behind leaders Atletico Madrid, who they face on Saturday.

And Zambrotta, who played for the club between 2006 and 2008, feels Barca now represent a more attractive proposition for Messi since Laporta's election as president for a second time in March.

9 - Excluding penalties, Lionel Messi  has scored 20 goals from an Expected Goals for (xG) total of 11 in LaLiga in 2021, the biggest positive difference (9) of any player in the top five European leagues since the start of the year. Unstopabble. pic.twitter.com/8ZWfDc76Lo

"They won already an important title in Spain and this is already something," the former Italy international told Stats Perform.

"They are in contention for La Liga title. On Saturday there will be the game versus Atletico Madrid, they are just two points down with Real Madrid, so Barcelona are a team that's still up there regardless of any problem.

"They have the chance to win La Liga too, although it will be a fight until the end.

"I see Barcelona as an improved team in recent months. Laporta has brought enthusiasm and made the place a bit more serene with the aim of keeping their most important player, Messi."

Asked if Barca will achieve that aim, he replied: "I guess so, Messi will never leave Barcelona unless in a distant future he will like to go back to Argentina, but I doubt it.

"I think he will stay at Barcelona until the end of his career."