PSG were without their contingent of Argentina and Brazil players such as Lionel Messi and Neymar because of World Cup qualifiers. 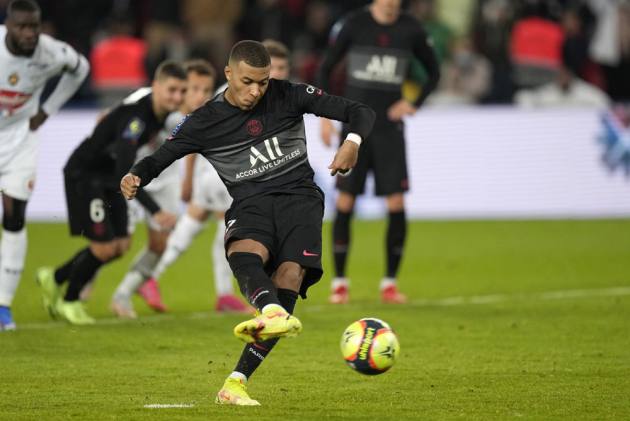 Runaway French leader Paris Saint-Germain needed a late penalty from striker Kylian Mbappe to come from behind and scrape a 2-1 win against Angers. (More Football News)

PSG won its opening eight games but was soundly beaten by Rennes in its last game and looked out of sorts again without managing a shot on target in the first half.

PSG has needed injury-time goals despite an armada of attacking talent and a huge squad, and produced another late winner at home. Mbappe slotted in from the spot in the 87th minute after midfielder Pierrick Capelle was adjudged to have handled the ball even though PSG striker Mauro Icardi appeared to knock him off balance when he handled.

Mbappe set up the equalizer in the 69th when midfielder Danilo Pereira headed in his cross.

Angers was unlucky to lose considering it played better in the first half and took the lead in the 36th when Angelo Fulgini turned in fellow midfielder Sofiane Boufal's low cross from the right.

PSG was without its contingent of Argentina and Brazil players such as Lionel Messi and Neymar because of World Cup qualifiers.