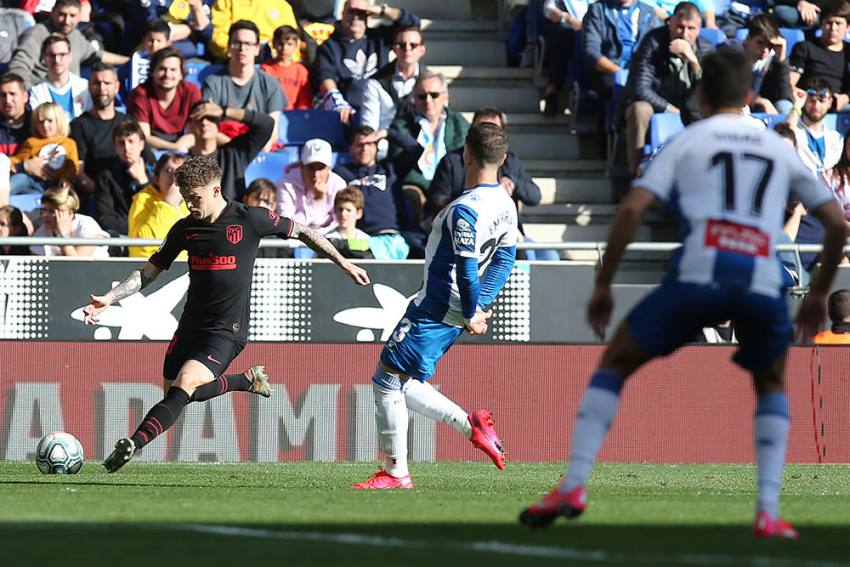 Given how Simeone's Atletico have crafted a reputation as fighters over the past nine years or so, their troubles on the road are becoming alarming.
Courtesy: Twitter (@atletienglish)
Omnisport March 01, 2020 00:00 IST La Liga: Espanyol 1-1 Atletico Madrid: Saul Niguez Spares Atletico As Away Troubles Persist 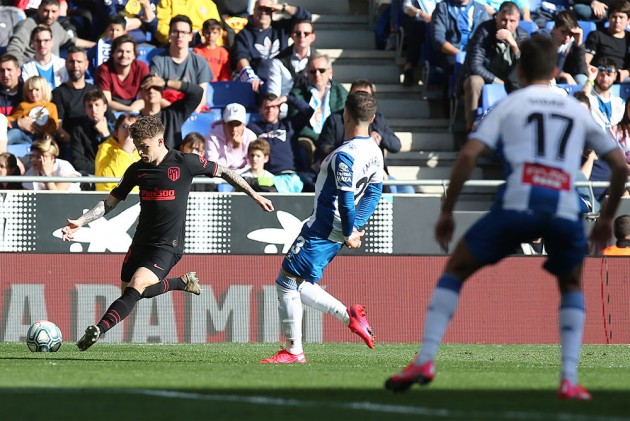 Atletico Madrid could only claim a 1-1 draw away to rock-bottom Espanyol on Sunday, with Saul Niguez's stunning volley sparing them a shock defeat in Barcelona. (More Football News)

Diego Simeone's men had seemingly got somewhere close to their best again over their previous two matches, but at RCDE Stadium they were fortunate to come away with a point, as their underwhelming away form continued having won just one of their past 10 on the road in La Liga.

A positive Espanyol were good value for the lead when Stefan Savic diverted into his own goal and Jan Oblak's heroics kept Atletico within touching distance when nudging a long-range effort on to the crossbar.

Atletico offered greater enthusiasm going forward after half-time and Saul restored parity with a ferocious volley, securing a share of the spoils as neither side managed to get a second in the end-to-end latter stages.

Atletico failed to offer much of a response and were fortunate to not fall further behind just past the half-hour mark, with Victor Sanchez's stunning 30-yard volley tipped on to the bar by Oblak.

The Atletico goalkeeper made an important intervention just before half-time as well, getting down to parry Adrian Embarba's awkward free-kick away.

Espanyol were made to rue not adding to their lead as Atletico levelled early in the second half – Saul unleashing a rasping volley into the right side of the net from 25 yards after the hosts cleared a corner.

Joao Felix was introduced a few moments later and he swiftly made an impact, as his low cross was deflected on the post, with Alvaro Morata also hitting the upright from a yard out in the ensuing scramble.

A final chance fell to Espanyol late on, but Bernardo Espinosa headed wide as Atletico held on to the point that moves them back up to fourth ahead of Real Sociedad.

What does it mean? Atletico unconvincing again

A 3-1 win over Villarreal last time out had followed Atletico's commendable 1-0 victory over Liverpool in the Champions League. In this contest, as firm favourites, they struggled to break Espanyol down and only sealed a point because of a moment of individual inspiration.

Given how Simeone's Atletico have crafted a reputation as fighters over the past nine years or so, their troubles on the road are becoming alarming.

Partey puts his foot in

This was not a match dominated by displays of individual quality, with Saul's volley one of few such highlights. No, those who stood out the most were those who offered industry and defensive nous, with Thomas Partey chief among them. The Atletico midfielder made six tackles, more than anyone else on the pitch, as he helped the visitors backline when in trouble.

Given how the two teams play, this was never likely to be an open encounter, but the lack of creativity – particularly on Atletico's part – was disappointing. Yannick Carrasco offered very little before his withdrawal for Joao Felix, who did look brighter. The Belgian played just one key pass.

Atletico have a big game on Saturday, as they welcome top-four rivals Sevilla to the Wanda Metropolitano for a fixture that is often a feisty affair. Espanyol go to Pamplona to face Osasuna the following day.