Trailing in the third position after his first five jumps, way behind Haryana's Bhupender Singh (7.30m) and Kerala's R Sajan (7.29m), S Saran stunned the field with his gravity-defying jump for a sensational finish to the event. 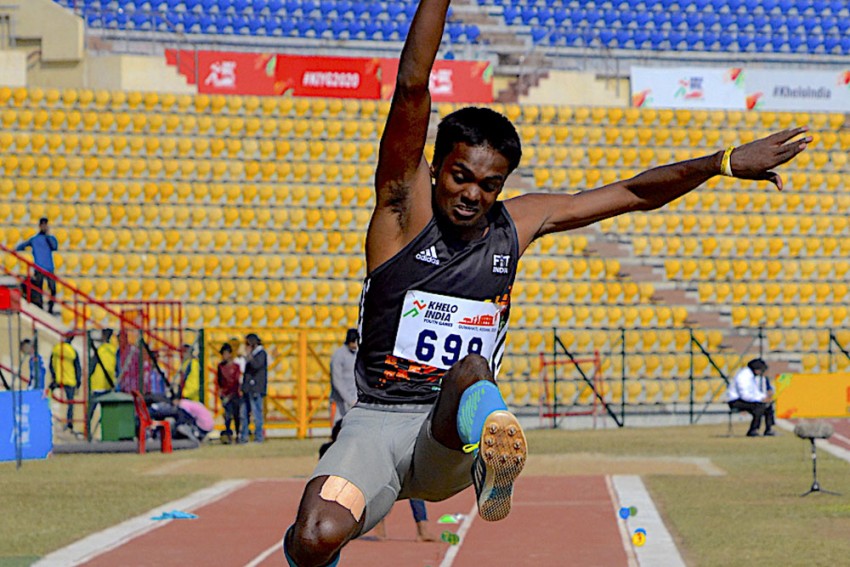 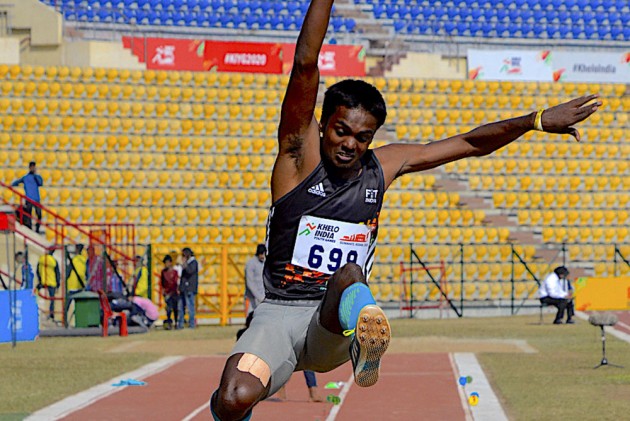 In his sixth and final attempt, Tamil Nadu's S Saran leaped a mammoth 7.41m to claim the gold medal in the boys U-21 long jump event of the Khelo India Youth Games, on Monday.'

Trailing in the third position after his first five jumps, way behind Haryana's Bhupender Singh (7.30m) and Kerala's R Sajan (7.29m), he stunned the field with his gravity-defying jump for a sensational finish to the event.

"I was a bit rusty to start off, but I managed a decent 7.11m in my second jump," an elated Saran said.

"But then, I lost my rhythm and struggled in the next four rounds."

"As I prepared for my last jump, I somehow could only think of the gold medal. I calmed myself down and executed the jump to perfection. I am really happy to have won for my state," the lanky jumper said.

Saran knew what he was up against after the second set of jumps. Bhupender Singh cleared 7.30m to emerge as the hot favourite. He neared that mark in each of his next jumps to underline his supremacy.

"I had Bhupender's mark in my mind each time I was getting ready for my jump. I have a personal best of 7.50m so I knew I could go for it," Saran said about his strategy.

Incidentally, Saran picked up the sport by watching videos of Carl Lewis and calls him his role model.

"I started playing the sport because I was so inspired by Carl Lewis. I used to watch his videos on the internet, and with the help of my coach, I have been able to improve myself.

"The aim now is to win every competition I compete in and to obviously improve on my personal best," Saran said.

"I think Saran was a bit under par today. He came in a bit raw as he had trained for only a couple of weeks for this competition," Tamil Nadu coach Indhra Saran said of his ward.

Saran has charted out his future course of action, with the Senior Nationals in his sight. Thereafter, he will be going for a few other competitions around the world too.

Live Streaming Of India Vs Australia, 1st ODI: When And Where To Watch Live Cricket Match