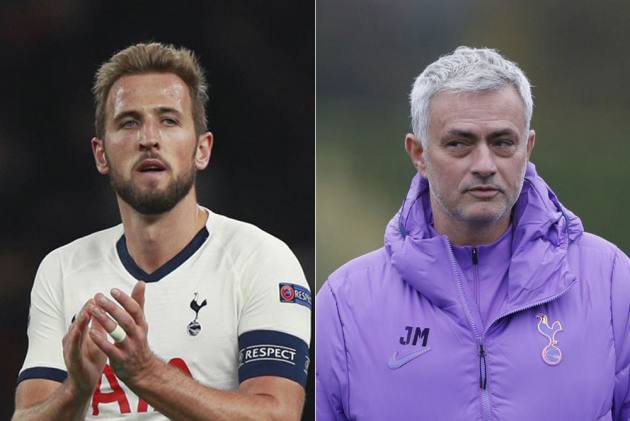 Harry Kane is unlikely to join Manchester United because Jose Mourinho would not allow Tottenham to sell their star striker to the Red Devils, says Rio Ferdinand. (More Football News)

There has been growing speculation England captain Kane will be open to the idea of departing Spurs if the club do not realise his ambition of winning major trophies.

It is thought Spurs would want at least £150million for their talisman, with United having been touted as a possible destination for Kane.

But Ferdinand doubts former Red Devils boss Mourinho, now in charge at the Tottenham Hotspur Stadium, would allow a deal to happen.

"Would I take Harry Kane now? Of course you would," former United centre-back Ferdinand said on Instagram Live.

"And with Mourinho there, I don't see Mourinho letting him go to Man Utd."

20 - 20 of Tottenham's 43 Premier League goals this season have been scored by injured duo Harry Kane (11) and Son Heung-Min (9) - the next highest goalscorer for Spurs is Dele Alli on seven. Conundrum. pic.twitter.com/lKlQR0pXxS

United are also thought to be among the clubs chasing a big-money deal for Kane's England team-mate Jadon Sancho.

The former Manchester City forward has been a sensation for Borussia Dortmund and Ferdinand would love to see Sancho gracing the Old Trafford turf.

"I would take Sancho all day, to Man Utd," Ferdinand said. "Whether we'll get him, though [who knows?].

While Sanco is being tipped to leave Signal Iduna Park, Birmingham City's highly sought-after teenager midfielder Jude Bellingham could be on his way to Dortmund.

United are another club said to be in the hunt for Bellingham, who turns 17 in June, and Ferdinand says while a reported price tag of £30million appears excessive, the club should take a gamble on the prodigious talent.

"Jude Bellingham, huge talent, huge talent, really good-looking footballer in the way he plays, the balance he's got, the maturity at such a young age," Ferdinand said.

"I want to see more but the price tag is phenomenal. £30million odd for a kid, for a 16-year-old boy, it's unbelievable.

"But it's the way of the world now and the way you've got to think about it, if you're paying £30m, if we keep him for 10 years it's money well spent.

"It's a gamble, it's an expensive gamble, but for the kid to be playing in the Championship and doing what he's doing and looking the player he is, it's a gamble but a calculated one.