It's A Miracle He Survived: Ryan Newman Awake And Speaking After Horror Daytona 500 Crash - VIDEO

Several ambulances raced to the scene of the wreck by the 2008 Daytona 500 winner Ryan Newman, who was extracted from the car and taken to a nearby hospital in serious condition 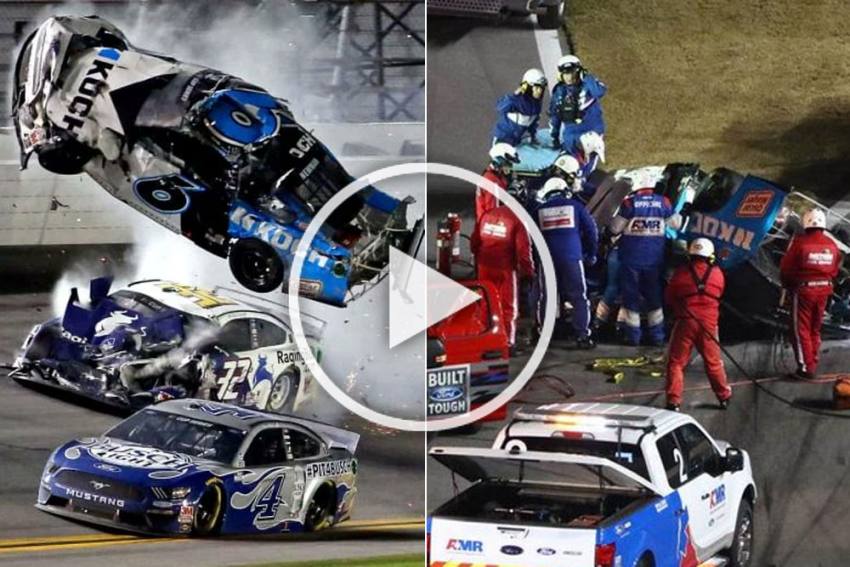 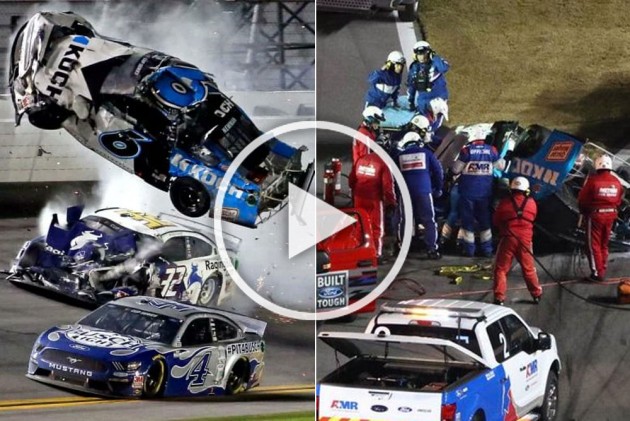 Veteran US stock car driver Ryan Newman was awake and speaking with doctors and family members on Tuesday, a day after a horrifying crash at the Daytona 500 auto race. (More Sports News)

Roush Fenway Racing updated the condition of the 42-year-old American, whose Ford Mustang had been leading on the final lap but spun out of control, struck the wall and went flying into the air before flipping onto its roof and bursting into flames.

Here’s the scene as crews worked to take #RyanNewman from the car. #hopenewman #daytona500 pic.twitter.com/1ymfaCQaTD

My video of the Ryan Newman crash from where I was sitting at the Daytona 500. Thank God he has non life threatening injuries. #NASCAR pic.twitter.com/jFI0zQEFrn

This is the craziest video of the Ryan Newman wreck. Prayers up pic.twitter.com/bBFkFu8cKm

LOOK: New angle of the Ryan Newman wreck from @myfox8. Newman is in serious condition. Doctors say his injuries are not life threatening. #Daytona500 #NexstarNation pic.twitter.com/5neZPCqMM5

Several ambulances raced to the scene of the wreck by the 2008 Daytona 500 winner, who was extracted from the car and taken to a nearby hospital in serious condition with injuries that Roush Racing officials said were not life-threatening.

"Ryan Newman remains under the care of doctors at Halifax Medical Center in Daytona Beach, Florida. He is awake and speaking with family and doctors," Roush Fenway Racing said in a statement.

"Ryan and his family have expressed their appreciation for the concern and heartfelt messages from across the country. They are grateful for the unwavering support of the NASCAR community and beyond."