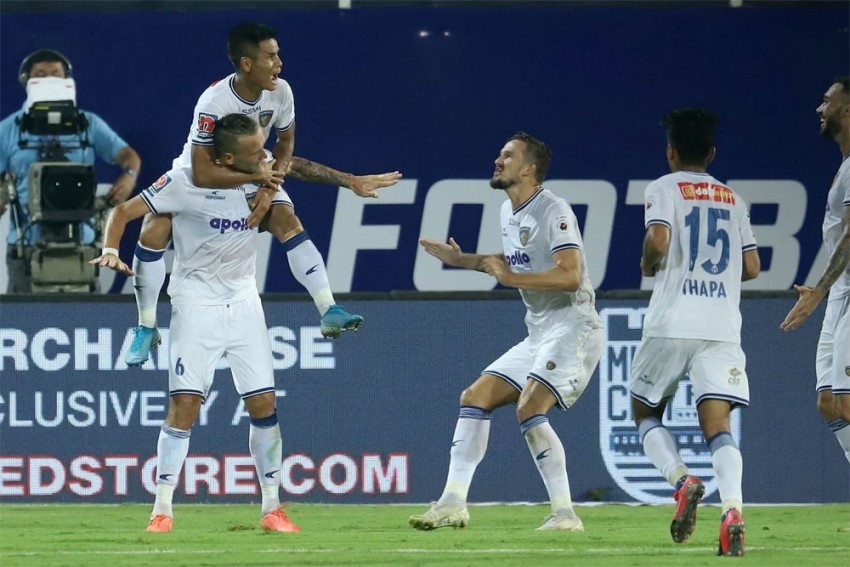 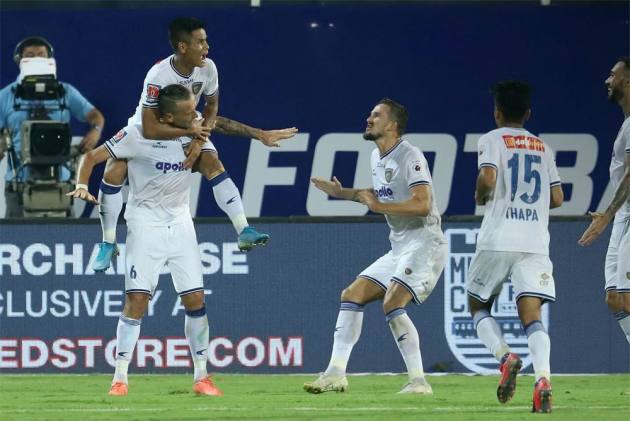 There was heart-break for Mumbai City FC in the most poetic form when Lucian Goian scored the winner against his former club to help Chennaiyin FC qualify for the Indian Super League (ISL) playoffs with a 1-0 win at the Mumbai Football Arena, Mumbai on Friday.

Clear-cut chances were few and far between in what was an intense contest that saw Mumbai City reduced to 10-men in the second half. But Goian's 83rd-minute strike was enough for Chennaiyin to win the contest 1-0 and complete the ISL play-off lineup. Mumbai City end the league stage in the fifth spot with 26 points. Chennaiyin, who have one more game left, have 28 points and occupy the fourth spot currently.

The match got off to a cagey start as both teams were reluctant to give away the first goal. Dragos Firtulescu, who was a late starting lineup replacement for an injured Andre Schembri, picked up the ball in midfield and released Lallianzuala Chhangte down the left flank. The Indian winger's looping ball into the box forced Amrinder Singh to come off his line and punch the ball away from danger.

The teams had an equal footing in the game and the ball was sprayed from one half of the pitch to another. However, it were the defences that dominated the area in and around the two boxes.

The start of the second half saw two big incidents at either end of the pitch that helped to increase the tempo of the game. Vishal Kaith was extremely lucky to escape a sending off when he rushed off his line to get to Amine Chermiti who was sent through on goal. The keeper brought the striker down outside the box and was cautioned with a yellow card despite protests from the players in blue.

The Islanders suffered a massive blow in the 54th minute. Chhangte was released in behind the defence and was fouled by Sourav Das with a tackle from behind. The Mumbai midfielder was shown a direct red and the hosts were reduced to 10 men.

Even with the disadvantage, Mumbai City were able to threaten Chennaiyin's defence after the hour-mark. Chermiti's run behind the defence was well spotted by Carlos but the striker's shot, after a good first touch to bring the ball down, was disappointing and wide.

The teams pushed for a goal, albeit without conviction, in the final quarter of the match but Lucian Goian proved to be the difference in the 83rd minute. Nerijus Valskis flicked on Rafael Crivellaro's corner-kick from the right towards the far post from where the Chennaiyin skipper lashed a volley in and completed a fantastic turnaround for his team under Owen Coyle.