Chennaiyin FC took the lead through Nerijus Valskis' fine strike in the 26th minute. However, Jamshedpur FC denied Chennaiyin a win by equalising through a controversial goal in the 89th minute through Issac Vanmalsawma in the 35th match Indian Super League (ISL) 2019-20 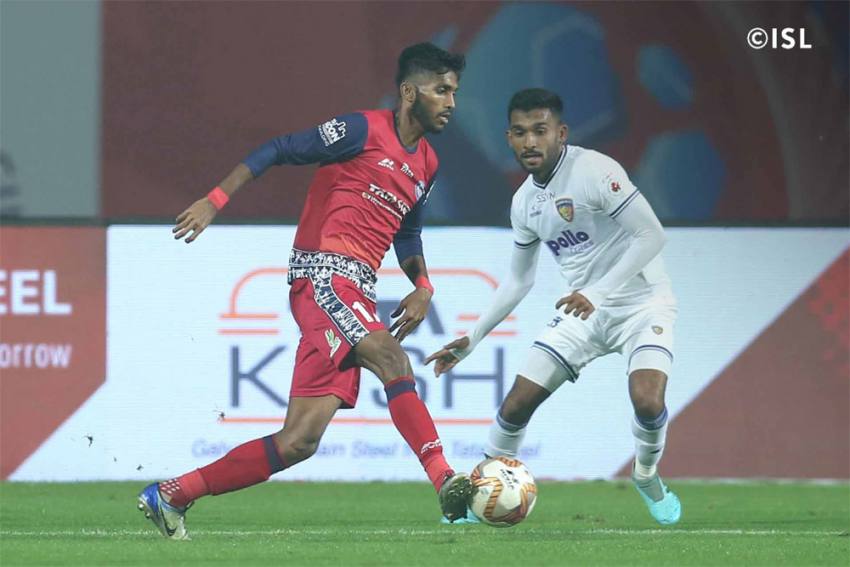 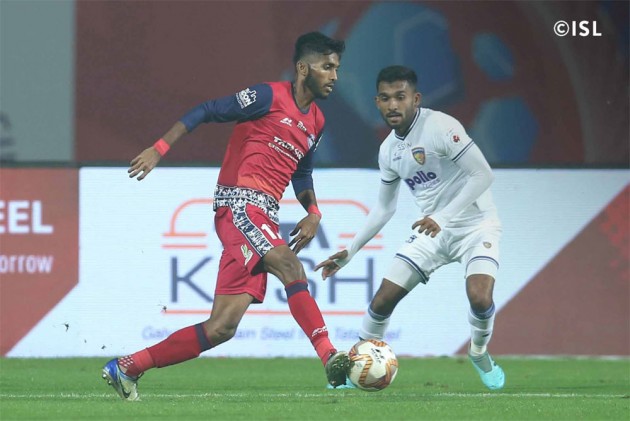 Jamshedpur FC and Chennaiyin FC settled for a point each at the end of a thrilling Indian Super League encounter which ended 1-1 at the JRD Tata Sports Complex at Jamshedpur on Monday.

Chennaiyin took the lead through Nerijus Valskis' fine strike in the 26th minute. However, Jamshedpur denied Chennaiyin a win by equalising in the 89th minute through Issac Vanmalsawma.

With this draw, Jamshedpur are in the fourth position with 12 points while Chennaiyin FC are still ninth with six points from seven games.

Antonio Iriondo handed a start to Sumeet Passi in the absence of the injured striker Sergio Castel. Meanwhile, Owen Coyle, in his first match in charge, named an unchanged eleven for Chennaiyin FC which started against Odisha FC last month.

Jamshedpur had the first chance of the game in the 13th minute when C K Vineeth found himself with a lot of space down the left. He only had to find Passi or Farukh Choudhary inside the box. However, his cross was misdirected and the chance went abegging.

At the other end, Lallianzuala Chhangte got behind the Jamshedpur defence on the left and his cross was just about cleared by Tiri before Thoi Singh got on the end of it.

The breakthrough Chennaiyin desperately sought came in the 27th minute through Nerijus Valskis who bagged his fourth goal of the campaign.

He got the ball on the edge of the box and found Rafael Crivellaro. The Brazilian turned Aitor Monroy and passed it back to Valskis who took a touch and shot on the turn which hit the inside of the far post on its way inside the goal.

Just after the half-hour mark, Jamshedpur were jolted when Noe Costa suffered a shoulder injury after a challenge from Masih Saighani and had to be substituted with Jitendra Singh taking his place.

The best chance for the home side came in the 38th minute as Choudhary squared it for Passi. However, the striker, under pressure from Eli Sabia, could not connect well which allowed Lucian Goian to clear the danger.

Iriondo brought in Aniket Jadhav to replace Mobashir Rahman to bolster his team's attack after the break.

From a quick counter, Crivellaro sent Chhangte through but the left winger's tame shot went straight into the hands of Subrata Paul.

At the other end, Vishal Kaith was called into action in the 69h minute when Isaac Vanmalsawma's dink from the right looked headed for the top corner before the Chennaiyin goalkeeper pushed it out for a corner.

Chennaiyin themselves had a golden opportunity when Chhangte broke forward with pace and only had to square it an unmarked Andre Schembri, but his pass was a bit too strong for the Maltese striker.

Chennaiyin were left to rue that miss in the 89th minute when Aniket Jadhav showed silky skills to fox a couple of defenders and find Passi inside the box. He picked out Issac whose shot was deflected into the net off Farukh Chowdhury, wrong-footing the goalkeeper.