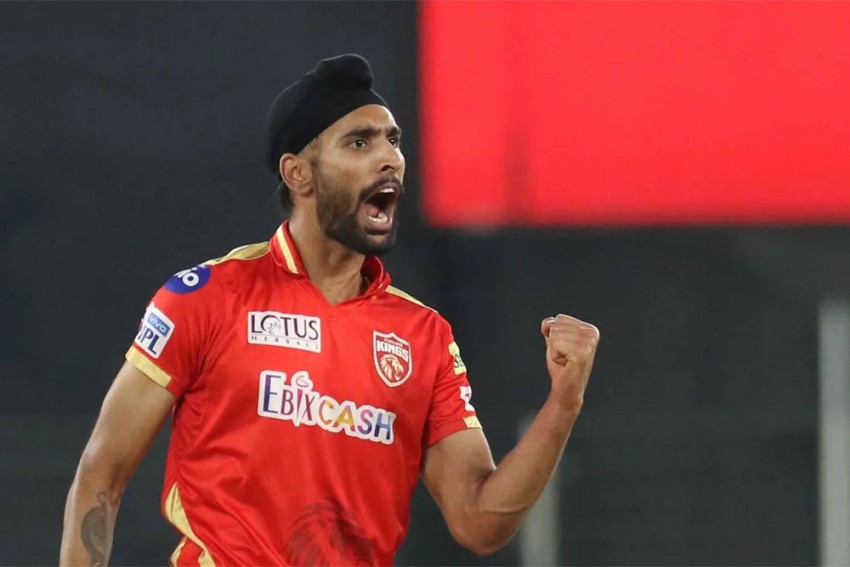 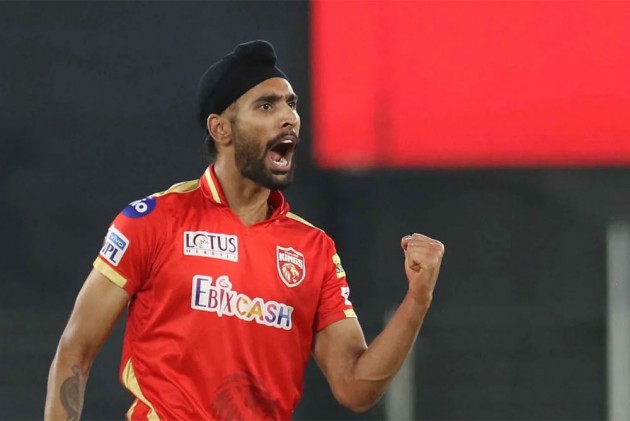 Punjab Kings (PBKS) skipper KL Rahul was effusive in his praise for Harpreet Brar, who produced a man-of-the-match-award-winning performance against Royal Challengers Bangalore (RCB) in the 26th match of Indian Premier League (IPL) 2021 on Friday in Ahmedabad.

Brar, 25, first gave Rahul company with the bat as PBKS scored heavily towards the end of their innings. The youngster hit 25 runs off 17 balls with the help of one four and two sixes even as Rahul anchored the inning with an unbeaten 91 off 57, which included seven fours and five sixes.

Brar then toyed with RCB batsmen, returning with figures of 3/19, which included a maiden over. Making his outing a memorable one, the left-arm spinner claimed the three big wickets of RCB -- Virat Kohli, Glenn Maxwell and AB de Villiers.

"We were preparing Brar. On a pitch like this, we felt like we needed a finger spinner who could hit hard lengths. He did exactly that and batted really well in the end as well," Rahul said during the post-match presentation. "I am young myself, but I have been trying to speak to the boys and pass on whatever experience I have of IPL and international cricket... They are blessed with enormous talent and we have to prepare them for the situations and the pressures they'd face in the middle."

Rahul's knock was the cornerstone of Punjab's innings and he said, "it was important for me to lead from the front... that's what I try to do every game. When I have the opportunity to put pressure on bowlers and set targets, I try to do it to the best of my ability. It came off well today."

Talking about Gayle, Rahul said: "There is a lot written about Gayle, about his age and whether he should be playing. But I know as a captain, just his impact he has when he walks out is huge."

"I have played with him for 7-8 years and he keeps getting better and better. He is batting at three, something he hasn't done ever in his career, but he'll do that for the team. That is the man Chris is. He takes the pressure off me at the top."

The win helped Punjab moved to the fifth spot with six points from seven matches -- three wins and four defeats. They next play Delhi Capitals in the 29th match of the season on Sunday at the same venue.