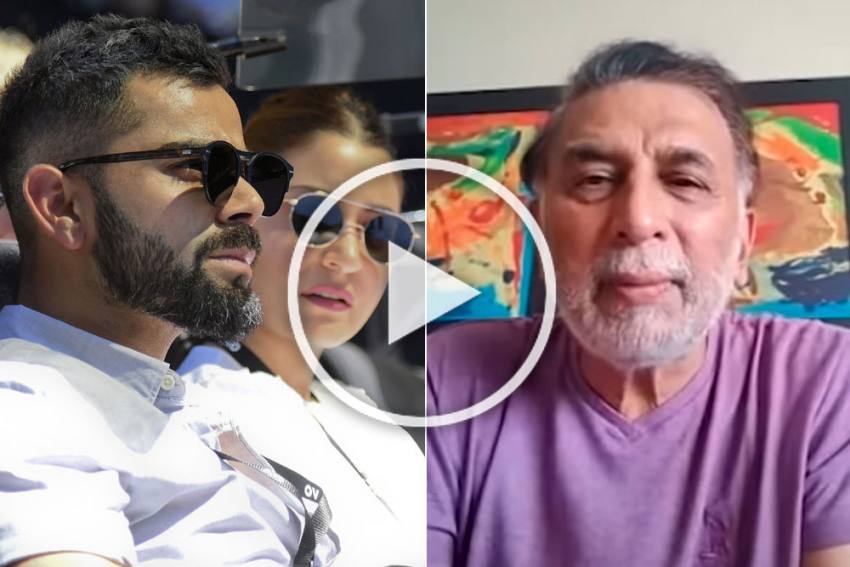 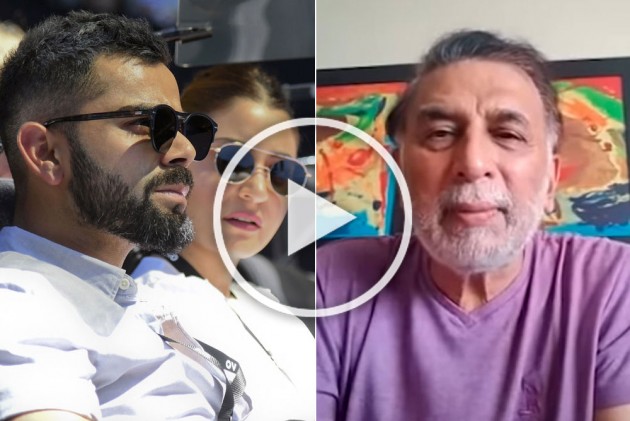 Batting great Sunil Gavaskar found himself in the midst of a controversy after making a comment against Virat Kohli and his wife Anushka Sharma during the Indian Premier League (IPL) 2020 match between Kings XI Punjab (KXI) and Royal Challengers Bangalore (RCB) in Dubai on Thursday.

RCB captain Kohli had a forgettable night in the United Arab Emirates (UAE). After winning the toss, he invited KXIP to bat first and was guilty of dropping KXIP captain KL Rahul, who went into score an unbeaten 132 off 69 balls.

Chasing a mammoth target of 207, RCB lost Devdutt Padikkal and Josh Philippe inside the first two overs. Then, Kohli joined Aaron Finch in the centre.

READ: No Mercy For Virat Kohli

As Kohli prepared to face a fourth delivery before eventually dismissed by Sheldon Cottrell the next ball, Gavaskar said that the India captain had practiced only against Anushka’s bowling during the lockdown.

Some fans found the remark offensive and urged the BCCI to remove Gavaskar from the commentary panel.

Here is the video. He did not say anything double meaning at the first place. pic.twitter.com/TqyI2PJVtd

Gavaskar said, "jab lockdown tha to sirf Anushka ki bowling ki practice ki unhone... wo video dekhi thi humne... (he practiced with Anushka’s bowling during the lockdown, and I have seen that video)"

But there are others who defended Gavaskar.

And here is the viral video which surfaced during the coronavirus lockdown:

Over the years, on quite a few instances, the Bollywood actress has been blamed whenever the now 31-year-old Kohli under-performed on the cricket field.

Kohli dropped his KXIP counterpart KL Rahul twice -- once in the 17th over at deep square-leg when he was batting on 83 and then again in the 18th over when he was on 89.

The KXIP skipper then went on to shatter a few record on the way to a 69-ball 132 -- the highest scored by an Indian in an IPL game.