Hours before the match, Eoin Morgan was handed the KKR captaincy but it made no difference to the team's fortunes vs MI. 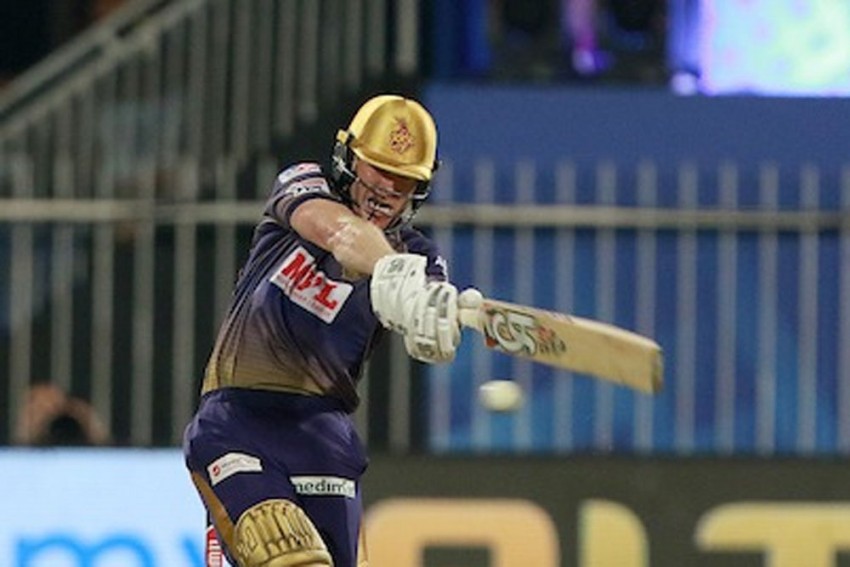 Hours before the start of the match at Sheikh Zayed Stadium, Dinesh Karthik handed over the reins to his deputy Morgan in an "incredibly selfless" act, as described by England's World Cup-winning captain.

Morgan won the toss and elected to bat. Then, as it turned out, KKR suffered a batting collapsed. Morgan and Pat Cummins came together at 61/5 in the 11th over, and stitched an unbeaten 87-run stand to drag the team to 148/5.

But it proved too small a target for a MI side which have the likes of Rohit Sharma and Quinton de Kock. After the match, Morgan admitted that KKR were not even in the race as the defending champions achieved the target with 19 balls to spare in an eight-wicket win.

"We weren’t in the race at all really, being four or five down. Managed to get a score on the board but when Mumbai play like that, they are hard to stop," Morgan told the official broadcasters of the league.

But Morgan shared his confidence in the team's ability and the will to fight, saying "Guys fought hard but just not enough runs on the board. No.4, 5 and 6 we have a lot of experience. We’re trying to adapt according to the situations. Don’t think it would have made much difference today."

Karthik, who relinquished the captaincy to "focus on his batting and contributing more to the team's cause," failed with the bat. The wicketkeeper-batsman made four runs off eight balls.

For Mumbai, openers Rohit and de Kock produced 94-run opening stand to all but end KKR's hopes for a fightback. And a satisfied Rohit said, "It's special to chase and win, gives us plenty of confidence. We didn't chase a lot in the first half (of the tournament), think we were clinical with both bat and ball, the expected performance was there. I thought we turned up very well, right from the start."

The skipper scored 35 off 36 but he was overshadowed by de Kock, who hit an unbeaten 78 off 44 balls.

"I was disappointed at not finishing it off last game, Mahela [Jawardene] had a word to us - he keeps us in check, in focus, it's nice to have such people around," said the man of the match, referring to what the coach had told the team after the last-over win against title challengers Delhi Capitals.

After eight matches, MI lead the points table with 12 points by virtue of better net run rate, with Delhi in second with the same number of points.

Next, MI meet Kings XI Punjab on Sunday in Dubai, while KKR face SunRisers Hyderabad in Abu Dhabi the same day, in the early kick-off.