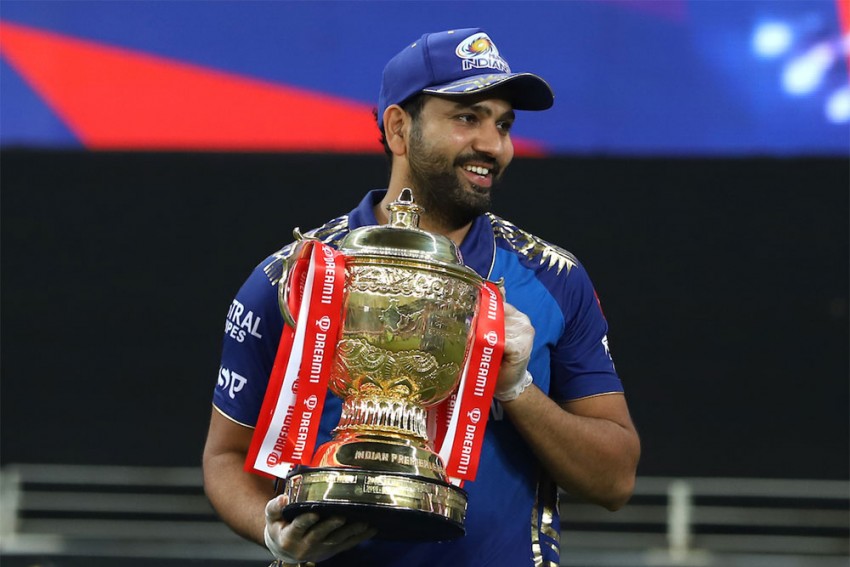 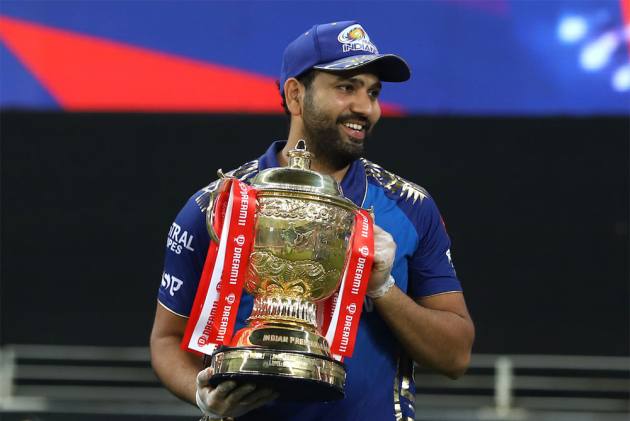 Rohit Sharma believes that his style of leadership is not a dictatorial one, which is precisely the reason behind Mumbai Indians' stupendous success in the Indian Premier League (IPL).

A peerless Rohit led from the front in defending champions Mumbai Indians' demolition of Delhi Capitals in the summit clash of the short-form extravaganza here Tuesday, giving them an unprecedented fifth title.

"I'm not someone who'll run with a stick behind someone. The only way you can do it is by giving them confidence. So you have to strike that right balance," Rohit said at the post-match presentation ceremony when asked about what kind of captain he is.

The humble leader remembered the backroom staff and praised them for the work that goes behind the scene.

"We couldn't have asked for anything more, right on the money from ball one and we never looked back. I think a lot of credit goes to the people who worked behind the scenes - often they go unnoticed.

"Our work started long before the IPL started, and we wanted to make sure we filled the gaps in previous seasons," Rohit added.

Skipper Rohit led from the front with a 51-ball 68 as MI chased down a target of 157 18.4 overs, after Trent Boult (3/30) had reduced the Capitals to 22 for three with an excellent display of fast bowling.

Rohit regretted the run out of the in-from Suryakumar Yadav who was looking in good nick.

"The kind of form he was in, I should have sacrificed my wicket for Surya. But throughout the tournament he has played some incredible shots.

The entire tournament was played behind closed doors in the UAE amid the COVID-19 pandemic.

"Unfortunately, we couldn't have the fans at the stadium. We missed playing at the Wankhede and hopefully we can get back there next year," Rohit said.

Thanks to pandemic, the lucrative event was held without its customary glitz and glamour.

Delhi Capitals captain Shreyas Iyer said winning the title remains their target, having made their maiden final after 12 attempts.

"The IPL always amazes you, it's one of the toughest leagues to play. I'm overwhelmed to be part of it, and I'm really proud of my boys, the way they have played to reach the final, it's not easy."

Iyer was happy to have reached the summit clash and believes that winning would have been an icing on the cake.

"Winning the IPL would have been better, but we will see to it that we lift the trophy next year," Shreyas said.

He also praised coach Ricky Ponting for his invaluable advice.

"The amount of freedom he gives us is outstanding. The way he motivates players is simply amazing. His team meetings and motivational speeches it quite incredible," Shreyas said.

Man of the Match Trent Boult who pegged back DC with his early strikes, was glad to have delivered despite carrying a niggle in the lead-up.

"It's been a good few months, giving the franchise a good start. With everything going on, I've been welcomed in the side. To have made it across the line, it's been worth it."

Boult knew what what his brief was.

"Just another match, and I was clear what I had to do. Tried to take a few early wickets, swing the new ball a little bit, that's been my role in the side," Boult said.