Kumar Dharmasena, one of the on-field umpires during the 2019 World Cup final between England and New Zealand, was criticised for his controversial awarding of six overthrows, instead of five, to England which swung the match in their favour. 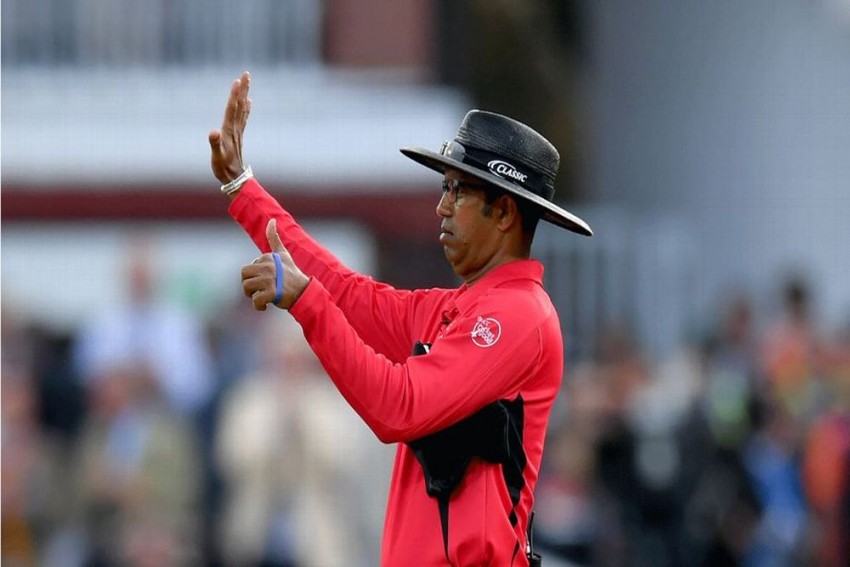 For the first time after the World Cup final, the ICC has come out with a public statement about the controversial incident, stating that the "right process" was followed while making the decision to award six runs to the eventual winners England at Lord's on July 14.
Twitter
Outlook Web Bureau July 27, 2019 00:00 IST International Cricket Council Defends Kumar Dharmasena's Overthrow Call During England-New Zealand World Cup Final 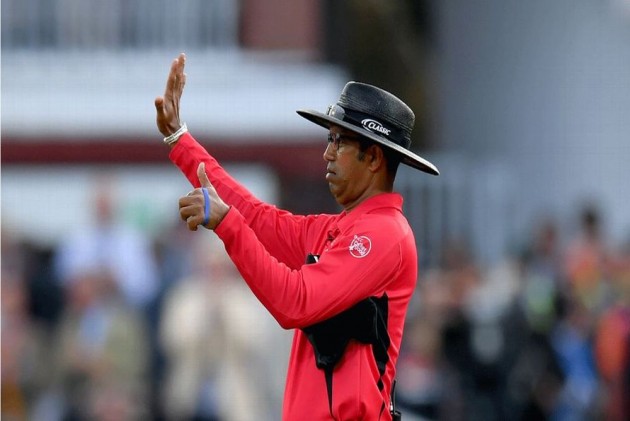 The ICC on Sunday came out in defence of umpire Kumar Dharmasena for his controversial decision to award six overthrow runs, instead of five, to England during the epic World Cup final against New Zealand.

For the first time after the World Cup final, the International Cricket Council has come out with a public statement about the controversial incident, stating that the "right process" was followed while making the decision to award six runs to the eventual winners England at Lord's on July 14.

Midway through the final over of England's innings, a throw from New Zealand fielder Martin Guptill deflected off the bat of Ben Stokes and ran to the boundary, and the hosts were awarded six runs, which eventually helped England tie the match and the ensuing Super Over before winning on boundary count.

TV replays showed Adil Rashid and Stokes had not yet crossed for their second run when Guptill released the ball from the deep, prompting experts to believe that only five runs should have been given.

However, on-field umpires Dharmasena and Marais Erasmus added six runs to England total -- four runs for the ball reaching the boundary plus two for running between the wickets by the batsmen.

"They (on-field umpires) had to make a judgement call on the day as to whether the batsmen had crossed when the throw was released," ICC's general manager of cricket Geoff Allardice told ESPNcricinfo.

"After everything that went on during that delivery, they got together over their comms system and made their decision. They certainly followed the right process when making the decision," he added.

Allardice also added that the playing conditions did not allow the third umpire or the match referee to intervene.

"They were aware of the law when they made the judgment about whether the batsmen had crossed or not at the time.

"The playing conditions don't allow them to refer to such a decision to a third umpire. The match referee cannot intervene when the umpires on the field have to make a judgement call like that," he explained.

Allardice said that the entire final would be "considered" by the ICC's Cricket Committee led by former India captain Anil Kumble, but the panel is not scheduled to meet until the first quarter of 2020.

Asked if there were questions raised about England and New Zealand sharing the World Cup after the match ended in a tie twice -- first in regulation time and then in Super Over -- at the ICC Annual Conference in London last week, Allardice insisted that it was important to have only one world champion.

"The consistent view has been that the World Cup final needs a winner and a Super Over was in the playing conditions to decide a tied Final in each of the last three World Cups (2011, 2015 and 2019)."

Meanwhile, the ICC has also given a green signal to use a stop clock to combat slow over-rates in limited-overs cricket.

"In a T20 innings, the clock would start at 85 minutes when the first ball is bowled, and countdown to zero. The aim is that players, umpires and fans will know that when the clock gets to zero the bowling team should have started the last over.

"If there is a delay or interruption in the match due to an injury or a DRS review then the umpire will push a button on a timer that adds time back onto clock," Allardice said.