In the final over of the chase, a throw from deep ricocheted off Ben Stokes' bat to the boundary, which led to six runs including four overthrow runs. England defeated New Zealand in the Cricket World Cup final, courtesy of superior boundary count. 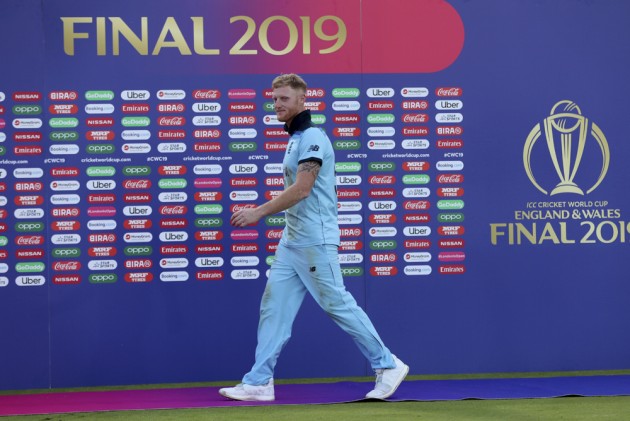 Ben Stokes experienced the unthinkable, when a throw from New Zealand fielder Martin Guptill deflected off his bat while he was diving in an attempt to reach the crease to complete the second run. The ball ricocheted and went towards the boundary ropes, giving the hosts six runs, as they drew New Zealand's target in the Cricket World Cup final at Lord's. The match went to Super Over, where again it was a tie, with England winning due to a superior boundary count. Stokes' Test teammate Jimmy Anderson revealed that the allrounder had asked the umpires to take away the four runs received from the overthrow.

If Stokes would have had his way, then New Zealand would have claimed the title!

ALSO READ: Only 2100 Per Match! That's What Kapil Dev's Cricket World Champions Got In 1983

At the BBC's Tailenders podcast, Anderson said, "The etiquette in cricket is if the ball is thrown at the stumps and it hits you and goes into a gap in the field you don't run. But if it goes to the boundary, in the rules it's four and you can't do anything about it".

He added, "I think, talking to Michael Vaughan who saw him (Stokes) after the game, Ben Stokes actually went to the umpires and said, 'Can you take that four runs off. We don't want it'. But it's in the rules and that's the way it is".

"It's been talked about for a while among the players, potentially that being a dead ball if it does hit the batsman and veer off somewhere," quipped Anderson.