Indian politicians have called for the cancellation of India's T20 World Cup 2021 opener versus Pakistan in Dubai on October 24 due to terrorist attacks in Jammu and Kashmir. 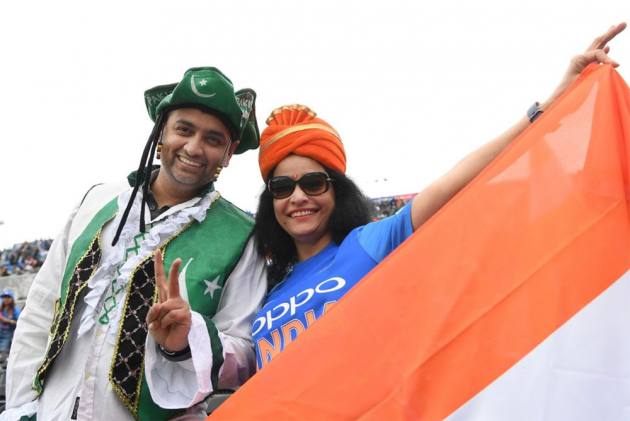 The ICC Men's T20 World Cup match between India vs Pakistan in Dubai on October 24 cannot be cancelled even as India's politicians have asked for the blockbuster fixture to be called off in the wake of the terrorist attack on Indian Army personnel in the Poonch sector of Jammu and Kashmir on October 11. (PAK vs SA | IND vs AUS HIGHLIGHTS)

Several politicians, including former Indian captain and Olympian Pargat Singh, no stranger to India vs Pakistan clashes in hockey, have called for the T20 World Cup 2021 match to be scrapped as a mark of protest to the continuing militancy in Kashmir. But as per International Cricket Council 'rules,' the match will go on as scheduled.

"India vs Pakistan match shouldn’t be held because the situation at the border isn’t ideal and both the countries are currently going through a stressful period," Pargat, who is now Punjab's sports minister, has been quoted as saying.

Union minister Giriraj Singh said: “I think if the relations between India and Pakistan are not good, then the match should be reconsidered.”

There have been no official reactions from either the Home or the sports ministries yet. It is pertinent to mention that Home minister Amit Shah's son, Jay Shah, is the secretary of the Board of Control for Cricket in India. Jay is also the president of the Asian Cricket Council of which the Pakistan Cricket Board is a member. The sports minister Anurag Thakur is a former BCCI president.

In the international forum, India have always blamed Pakistan for sponsoring terrorism in Jammu And Kashmir. Effectively, militancy in the Kashmir valley has seriously impacted sporting relations between the two countries as India and Pakistan do not play any sport between themselves, except in the World Cups or Olympics.

As per convention and understanding among members of the International Cricket Council, no country can withdraw from a match due to political pressure. It is a commitment among members and India is seen among the 'Big Three' in ICC.

All international bodies like the ICC and FIFA are loathe to political interference in sports. The International Olympic Committee charter has zero tolerance towards politics spoiling sports.

One of the most notorious cases to pit football against international politics, although it did not involve FIFA, was in 1996 when Nigeria withdrew from the African Nations Cup, held in South Africa, in protest at South African criticism of President Sani Abacha’s military regime. Nigeria were then banned for two years by the Confederation of African Football (CAF) and missed the following Nations Cup in 1998, according to reports.

But the reality can be very different when it comes to India and Pakistan. Almost all top sporting associations are run by politicians or their proxies. The BCCI and the PCB are glaring examples.

An India vs Pakistan contest in any sport is seen as a sporting spectacle. And when it is hockey or cricket, the fixtures assume unusual hype among fans across the world enjoy the mother of all rivalries.

The players, at least outwardly, remain cool and on the pitch, show enormous bonhomie and good spirit. There of course has been the odd occasion when emotions have ran over.

Between June 2017 and June 2019, India and Pakistan have clashed five times in ODIs. Except for losing the ICC Champions Trophy final at The Oval on June 18, 2017, India have always beaten Pakistan by handsome margins.

The last India vs Pakistan contest was in the 50-over World Cup in Manchester on June 16, 2019. India won by 89 runs. The October 24 match in Dubai is a sold out and ICC is certainly under no pressure to cancel the India vs Pakistan Super-12 match.