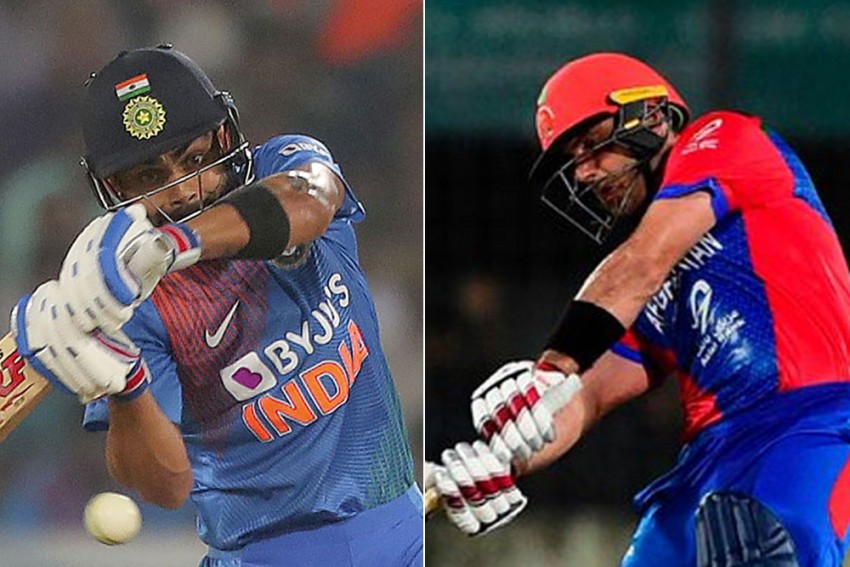 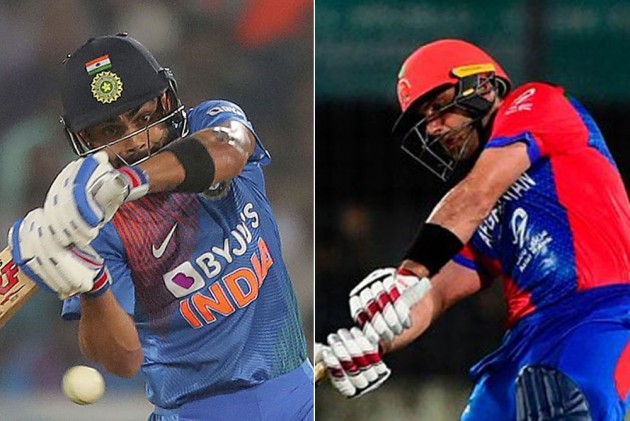 India skipper Virat Kohli not only won his team the game against West Indies on Friday, but also in the process won the Man of the Match award for his 50-ball 94.

He now has 12 Man of the Match awards to his name in the T20I format - joint highest with Afghanistan's Mohammad Nabi. Shahid Afridi holds the second position with 11 awards. Nabi has played two more matches than Kohli (75). Afridi's 11 awards came in 99 matches.

It wasn't a typical Kohli innings to start with and he struggled a bit till entering the 20s. While he kept looking to up the tempo, the ball just didn't find the middle of his bat. But all that changed once KL Rahul was dismissed. Things changed drastically as he went from strength to strength.

In the end, it was his knock - consisting of six sixes and an equal number of fours - that saw India cruise home with eight balls to spare even though they were chasing a mammoth target of 208.

Speaking after the game, Kohli said: All the young batsmen watching don't follow the first half of my innings. That was really bad and I was trying to hit too hard (smiles). It was just about keeping up to the game because I didn't want to put KL (Rahul) under pressure, so tried to strike at 140 at least, but I couldn't get going properly. But I started to get going after that over from Jason (Holder).

"I analysed what went wrong and played accordingly in the second half of my innings. I was trying to hold my shape and realised I am not a slogger, so tried to rely on my timing. Whenever I play T20 cricket I am not someone who comes to the ground to hit the ball in the air to entertain the crowd. I focus on doing the job. Our strength as a team is to strike in the latter half of the innings," he said.

The second match is scheduled for Sunday at the Greenfield International Stadium, Thiruvananthapuram.