After taking four wickets in his first innings of the Ranchi Test cricket, George Linde spoke about his surprise at earning a South Africa call-up 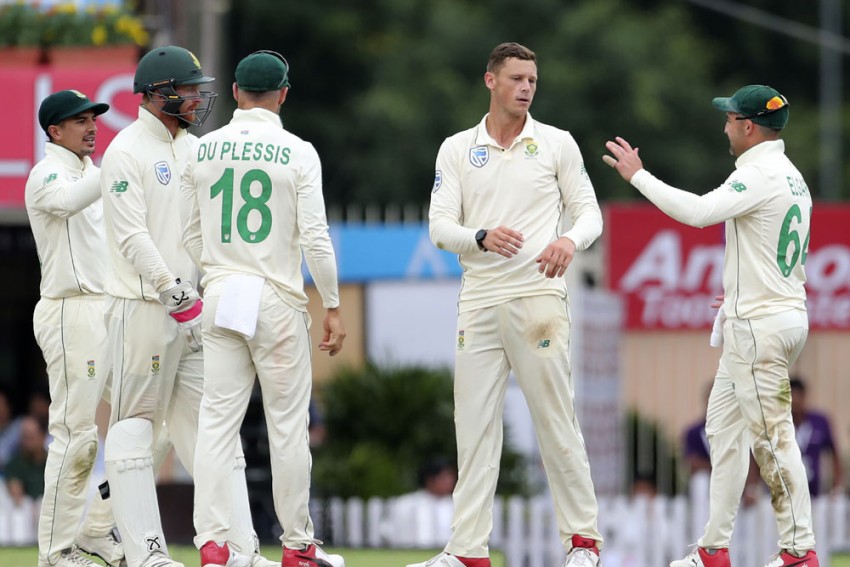 Left-arm spinner George Linde was drafted in for the third Test in Ranchi due to an injury to Keshav Maharaj.
AP Photo
Stats Perform 2019-10-21T01:00:54+05:30 IND Vs SA: It's Been Lessons - South Africa Rookie George Linde Wasn't Expecting Test Debut In India 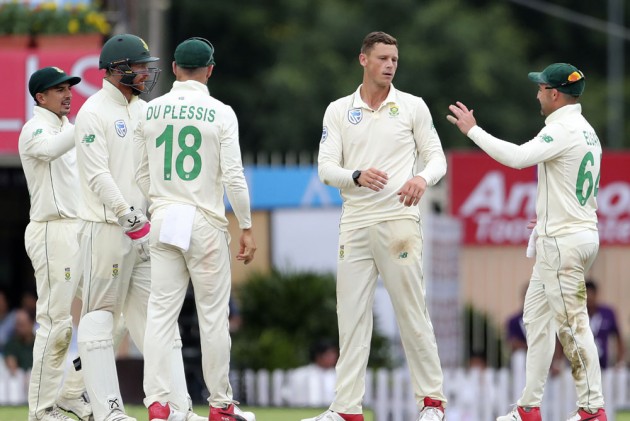 George Linde said his first exposure to Test cricket with South Africa has "been lessons" and accepted it was just Rohit Sharma's day as India took complete control of the third contest.

Left-arm spinner Linde was drafted in for the third Test in Ranchi due to an injury to Keshav Maharaj and finished with four wickets as India declared on 497-9 on day two - South Africa finishing on 9-2 in reply by stumps.

Linde's figures took a bit of a hammering as India chased quick runs on another shortened day, but the 27-year-old – who finished with 4-133 – is content with his return against a star-studded India line-up.

"Yeah, it's been lessons. I didn't expect to play Test cricket, well in this series," Linde said.

"I obviously didn't expect to come back to play the Test series. So when I got the call-up, I was quite nervous but luckily I had a few days to just settle and then today a few lessons to learn, especially there at the end.

"But if you'd told me I'll take four wickets on my debut, I'll take it any time of the year."

All smiles in the India camp after the second day at Ranchi  pic.twitter.com/NxnsiYDSJU

Rohit was India's chief protagonist with a maiden double century in the five-day format as India turned the screw in search of a 3-0 series whitewash.

All of Linde's wickets came on day two and he almost accounted for Rohit in his over of Test cricket, but Zubayr Hamza put a tricky one down at short leg.

"You know those catches, they stick or they don't. Unfortunately, it wasn't our day. It was Rohit's," Linde added. "He played well so, well done to him."