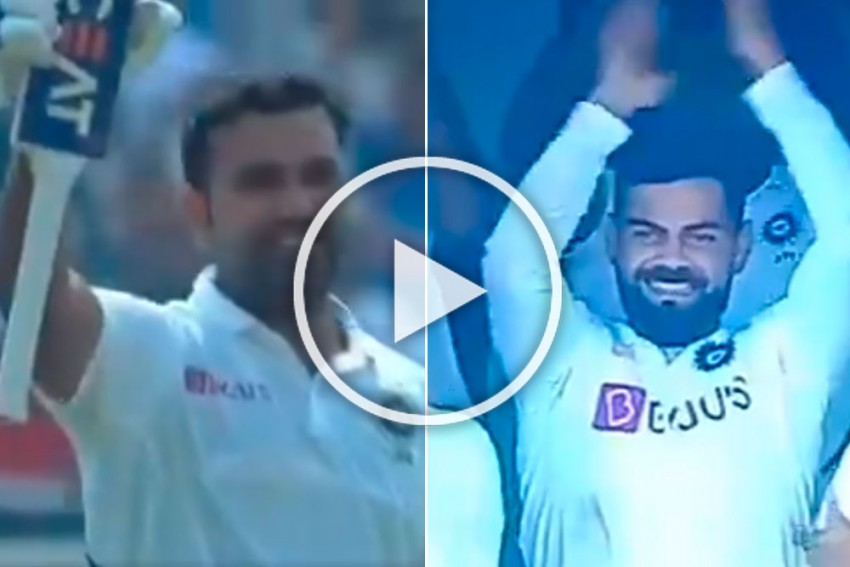 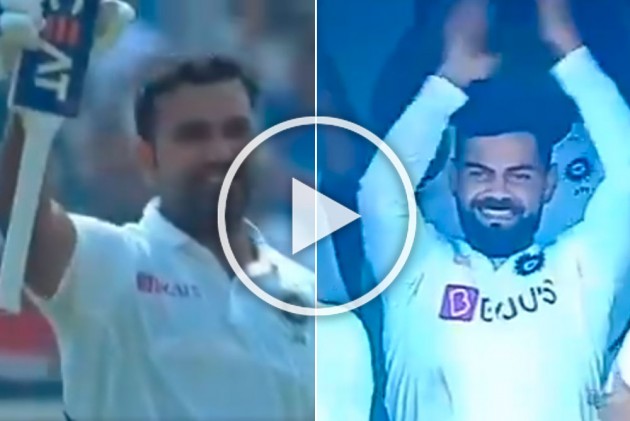 A rampaging Rohit Sharma (212 off 255) on Sunday reminded fans of legendary Virender Sehwag, who is celebrating his 41st birthday, by hitting a six to reach his maiden double century as India continued to pile runs against South Africa at Ranchi.

Unbeaten on 199 when the teams took lunch on Day 2 of the third and final Test, Rohit defended the first over after resumption of the play. His partner Ravinder Jadeja also played out a maiden over.

Rohit then hit the first ball of the 88th over, bowled by Lungi Ngidi, over deep square leg for a six, leaving teammates and fans in a rapture. It reminded fans of Sehwag, who used to hit sixes to reach the milestone.

He's recorded three double centuries in ODI cricket, and now he has one in Tests too ðÂÂÂÂÂÂ

What a knock this has been from the India opener! pic.twitter.com/0CAY1fiQqn

Rohit also reached his hundred with a six on Day 1 yesterday.

Earlier, the 32-year-old became the first Indian to score 500-plus runs in a series against South Africa. Previous most being former captain Mohammed Azharuddin's 388 runs at home in 1996-97.

With vice-captain Ajinkya Rahane also scoring a hundred, the hosts have posted seven individual hundreds in the series -- the most for India in a series against South Africa, surpassing six in the home series in 2009-10.

Batting first, India lost Mayank Agarwal, Cheteshwar Pujara and Virak Kohli early, but Rohit and Rahane changed the course of the innings with a 267-run stand for the fourth wicket.

Rohit then added 64 runs for the fifth wicket with Ravindra Jadeja.

But the opener became Kagiso Rabada's third victim of the innings, caught by Lungi Ngidi at deep while going for another biggie. This is the fifth time that Rabada has dismissed Rohit, the joint-most with Australian Nathan Lyon.

In all, Rohit hit six sixes in his 255-ball stay in the middle. There were 28 fours too.