India opener Rohit Sharma hit his six Test century on Day 1 of the third and final match of the series against South Africa at Ranchi on Saturday, and reached a host of personal milestones 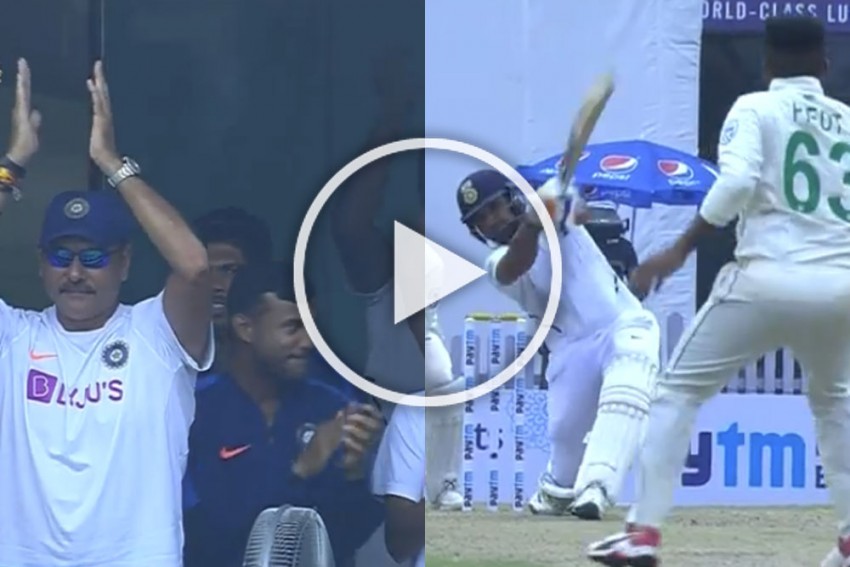 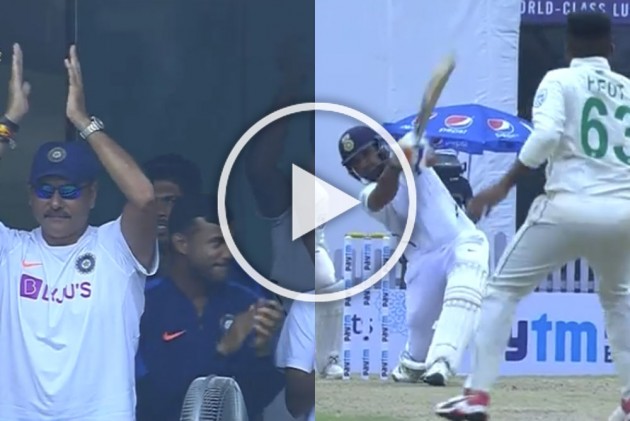 Indian opener Rohit Sharma hit his sixth Test century on Day 1 of the third and final Test against South Africa at Ranchi on Saturday. The right-handed batsman reached the landmark with a gorgeous six, and in the process became the batsman with most sixes in a Test series.

He hit the fourth ball of the 45th over, bowled by Dean Piedt, for a six over wide long-off, reaching the 100-run mark in 130 balls. That was his third six of against the same bowler, and fourth so far of the match. And with that, he broke Shimron Hetmyer's record of most sixes in a Test series. The West Indies batsman hit 15 against Bangladesh in 2018.

Oh my word. No one pulls better than Rohit Sharma.#INDvsSA pic.twitter.com/9RDTTbBTth

Rohit Sharma the ball before his ton. Shouting 'Not now' as the rain begun to fall. Next ball - Six to bring up his 100 pic.twitter.com/firwEnZIPy

Rohit looked at the sky saying “NOT NOW”.

Groundsmen got ready to cover the ground.

Then, he simply hit a six over long off to get to a hard fought ðÂÂÂÂ¯. This is some confidenceðÂÂÂÂ¥#INDvSA #RohitSharma #Hitman pic.twitter.com/qbbDCzqs51

He also became the first Indian opener after Sunil Gavaskar to hit three centuries in a series. Gavaskar still has the record for most centuries by an Indian opener in a series, though - four tons each in 1907-71 and 1978-79 series against the West Indies, and three more in 1977-78 against Australia.

Rohit scored 176 and 127 in the Visakhapatnam Test match.

Another feat Rohit achieved during the knock was equalling the record for most centuries by an opener in a calendar year in international cricket. Sachin Tendulkar (1998), Graeme Smith (2015) and David Warner (2016) and now Rohit have hit nine centuries. Overall, this was his 37 international ton.

India won the toss and opted to bat first, but lost Mayank Agarwal, Cheteshwar Pujara and skipper Virat Kohli by the 16th over.