IND Vs PAK, ICC Cricket World Cup 2019: This Is The Best Thing You Will See Before India-Pakistan Match – Don’t Miss

Fierce rivals, India and Pakistan, will take on each other in a group match of the ICC Cricket World Cup 2019 at Old Trafford, Manchester on Sunday 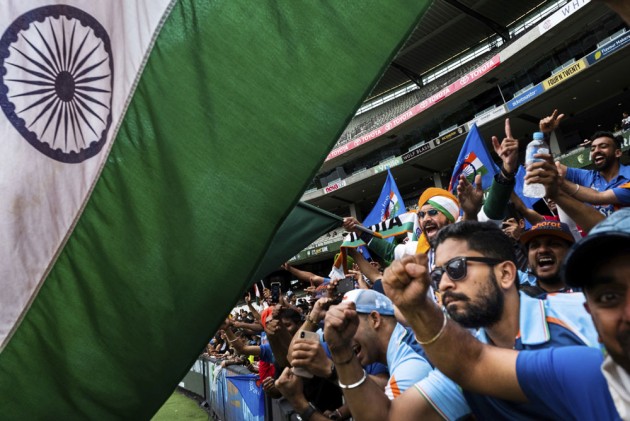 There's no rivalry like India vs Pakistan in cricket. The arch-rivals will face off a group match of the ICC Cricket World Cup 2019 at Old Trafford, Manchester on Sunday. And everybody is making their bid to make it a grand success, including Universe Boss, Chris Gayle.

Gayle, who became the highest scorer in West Indies vs England ODI history during their World Cup group game, took to Instagram and posted a picture of himself, wearing a shirt which calls "India-Pakistan Suit".

But what makes his post standout is the very affable line, "Yup! I'm rocking my India Pakistan Suit, all love and respect!... I really love it and this will be one of my outfit at my birthday party September 20th...its lit."

Coming to the match, here's what you can expect from the India vs Pakistan match.

This is "a cricketing rivalry that transcends beyond the realms of 22-yards... with fascinating sub-plots with Rain Gods threatening an anti-climactic twist".

By the way, Virat Kohli & Co will be the favourites to win the match. They are the higher ranked side, second in the world; and also have the form, having beaten both South Africa and defending champions Australia. But they were forced to share the spoils with New Zealand thanks to the rain.

And there is World Cup history bit too, 6-0 in India's favour.

But Pakistan, unpredictable as always, beat England -- the hosts, the top-ranked side and also the heavy favourites, after losing to West Indies. They also have their share of rain blessing/curse, depending on your perspective. In their last outing, Sarfaraz Ahmed & Co lost the Aussies rather tamely.