Pakistan's chances of reaching the semi-finals in the ICC Cricket World cup 2019 will be boosted if they beat arch-rivals India, with coach Mickey Arthur demanding aggression 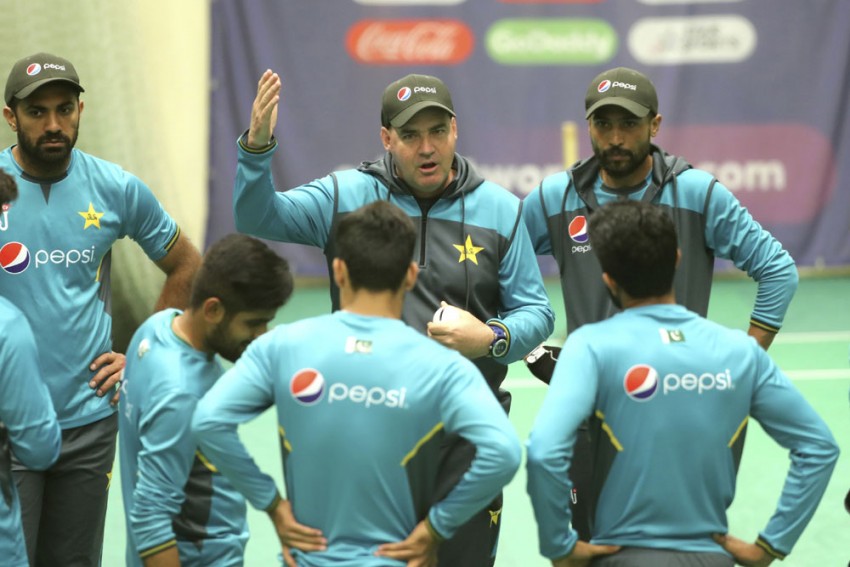 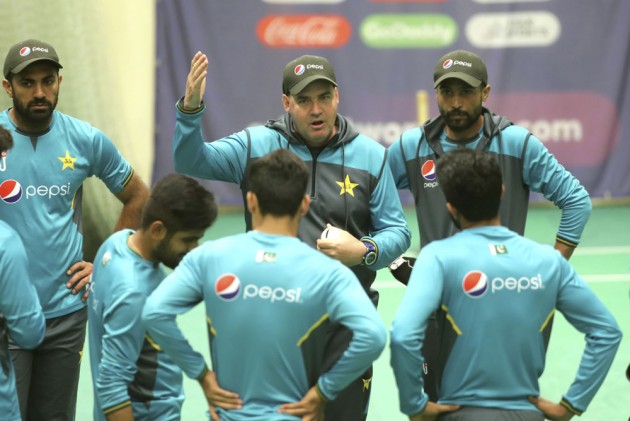 India are unbeaten at this year's tournament after three fixtures and have never lost a World Cup game to Pakistan, although they were beaten heavily by their neighbours in the 2017 Champions Trophy final in London.

Showers are expected in Manchester with the weather set to have an impact again, India's last match against New Zealand having been rained off.

Pakistan, with one win from their four games, desperately need a victory to boost their qualification chances and Arthur is demanding an aggressive approach in one of sport's biggest fixtures.

"Without wanting to harp too much, that [the Champions Trophy final] was two years ago, but when you get into the Indian top order, you can create a little bit of havoc," he told a news conference.

"There's some fun players all the way down, don't get me wrong, but if you can rattle their top order with the new ball, you certainly have an advantage. That's something that we'll certainly, certainly be trying to work on.

"I'm telling our players in the dressing room, you could be a hero. Your careers are going to be defined by a moment in the game. You do something incredible [against India], you'll be remembered forever.

"And this presents an unbelievable opportunity for these guys to really make a mark."

Humbled by the support from the fans and the entire world. Your prayers are what fuel our passion. We will go out and give our 100% inshallah. But no matter what happens, never stop supporting green! Dana dan Green! #Danadangreen#Eatgreensupportgreen#PakvsInd pic.twitter.com/sfPfJ8bZ5X

Shoaib Malik is yet to make an impact in the tournament, scoring only eight runs in his two innings, but Arthur backed the 37-year-old to fire against India.

"I can tell you a guy that's played over 200 ODIs, tomorrow presents a real opportunity for him," Arthur added.

"Shoaib Malik didn't play [against] the West Indies team because of the balance of the team. He batted in the last three overs against England and failed against Australia.

"So to say he's failed, there's not much of a barometer just yet. That will be determined over the next couple of games. What I do know is Shoaib Malik brings a hell of a lot to our dressing room.

"He is an incredible team man. He has incredible skills, and I'm hoping that, on the biggest stage tomorrow, those skills come to the fore.

ALSO READ: 'Our World Cup Is Not Finishing Tomorrow, Can't Think Like Fans' - Virat Kohli On India Vs Pakistan Clash

"Let's not forget - I mentioned it in one of the previous questions - that it's still a fairly young cricket team. Shoaib Malik's experience, Mohammad Hafeez's experience will go a long way out in the middle to help these young boys through it."