India Vs Pakistan, Cricket World Cup 2019: Where To Get Live Streaming, Live TV and Live Score

It's India vs Pakistan in Cricket World Cup 2019 on Sunday, June 16. It will be a full-house at Old Trafford, Manchester but you can join the fun too. Watch live streaming, live TV, live score and much more. 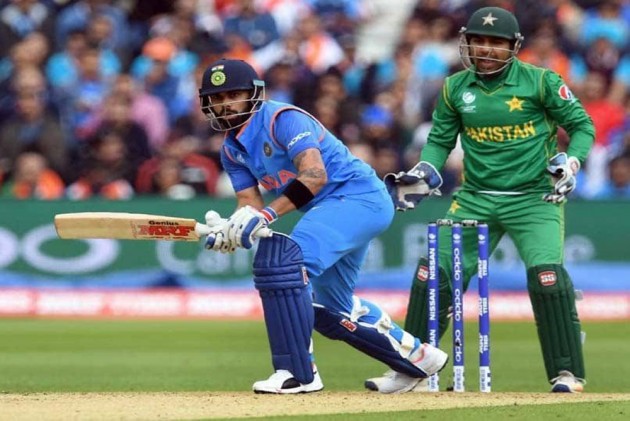 For many Asiatic cricket fans, the Cricket World Cup starts and ends with a match between India vs Pakistan. Cutting across age, sex and caste, fans from all over the world look forward to this blockbuster contest that not only involves pure cricketing skills but whets copious amount of nationalism given the bitter history, more political, between the sub-continental neighbours. But for the cricketers, it is another match. You can get all the action of Sunday's ICC Cricket World Cup 2019 match between India vs Pakistan across platforms – digital and TV. Live streaming, live score and live television details below. If there is no rain delay, then the match at Old Trafford, Manchester is scheduled to start at 3 PM IST. (HIGHLIGHTS | SCORECARD)

For live streaming, go to hotstar.com. The Hotstar app is a good way to enjoy the entire World Cup. For payment details, visit the Hotstar website.

Live cricket scores and live commentary can be got from Outlook's World Cup coverage.

Wednesday's 41-run defeat to Australia leaves Sarfaraz Ahmed's struggling side sitting on three points after four games. Their top-four hopes are not yet over, but Pakistan missed a glorious opportunity at Taunton, particularly after their last match - against Sri Lanka - was washed out.

Make those several opportunities actually, as catches went down in the field and promising partnerships in their run chase were curtailed by poor shot selection. This was a game where Pakistan once again showed their Jekyll-and-Hyde nature when the situation called for consistency and control.

The talismanic Imran Khan found a way to bring his troops together in 1992 and Sarfraz must oversee a similar recovery, starting with Sunday's huge clash against India at Old Trafford.

Their rivals will relish the opportunity to push Pakistan closer to the exit door in a campaign that, bar a stunning and unexpected win over hosts England, has yet to suggest they have what it takes to be crowned champions again.