Afghanistan's win over Pakistan in the warm-up match ahead of the ICC Cricket World Cup 2019 illustrates how far the players from the war-torn country have come. Now, even the Taliban allowed the sport to be played during their austere regime. 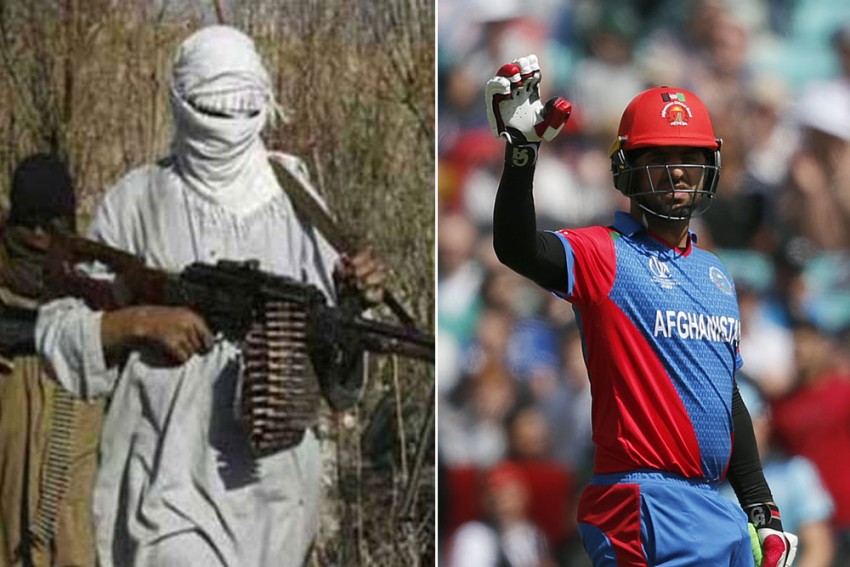 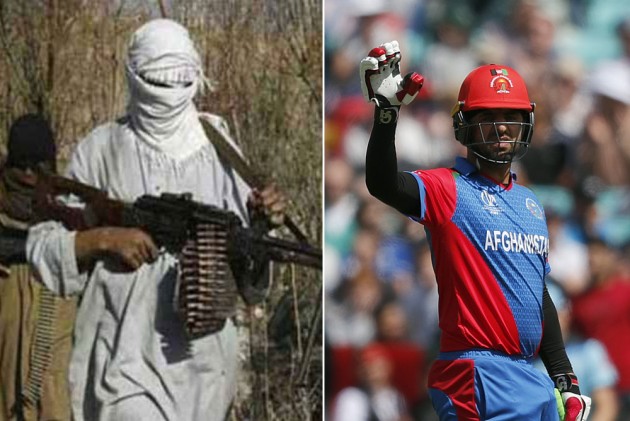 Afghanistan caught the cricket bug, even the Taliban, thanks largely to a new generation growing up in refugee camps in cricket-obsessed Pakistan. And the team from the war-ravaged country will take on mighty Australia in their first match of the ICC Cricket World Cup 2019 on Saturday at Bristol County Ground, Bristol.

When automatic gunfire erupted across Kabul last week, residents initially feared yet another terror attack was underway. Flag-waving crowds were instead marking another Afghanistan cricket victory -- this time over neighbours Pakistan -- with pistols, shotguns and AK-47s blasting into the night sky.

The Cricket World Cup warm-up victory over the cricketing powerhouse illustrates how far the players from the war-torn country have come.

"If the Afghanistan team play well, it will be a proud moment for all ethnic groups and for the entire nation," 18-year-old Kabul resident Bashir Ahmad told AFP.

The triumph was particularly sweet, as Afghans often blame Pakistan for their country's security crisis and economic woes.

"Defeating the number one enemy is a treat to watch for Afghans, especially for our heroes," Nazir Naseri posted on Facebook.

"Finally our waiting has ended, we finally defeated Pakistan."

Afghanistan secured their place in the World Cup, which started on Thursday, by beating Ireland on their way to winning last year's qualifying tournament.

They will open their campaign against defending champions Australia in Bristol on Saturday after a string of recent performances that show they are more than just a feel-good story from a conflict-riven nation.

They beat both Sri Lanka and Bangladesh in last year's Asia Cup and tied with eventual champions India.

But their build-up to the World Cup, which included a defeat at the hands of England, has not been without controversy.

In April, successful captain Asghar Afghan was replaced with the little-known Gulbadin Naib, a move that drew widespread criticism on social media.

Training has been complicated by the holy month of Ramadan, which does not end until a few days after their first World Cup match.

"The Afghan cricket players are observing the whole month of Ramadan, they pray and they are devotees, and a very pious bunch of people," Farid Hotak, the Afghanistan Cricket Board spokesman, told AFP, adding that they had even been fasting during training.

On a recent cloudy afternoon, a group of teenagers was playing cricket on a dusty, dirt pitch in Kabul.

The Afghan boys were observing Ramadan so had not eaten since dawn, but their enthusiasm was undented as they whacked a taped-up old tennis ball down the bumpy field.

"Afghanistan has made great strides in cricket. The national team is an inspiration for me," said 17-year-old Mohammad Ziarmal.

"Cricket brings a message of peace, joy to people, unity and love," he said, adding with a smile he was "confident" Afghanistan would perform well in England and Wales.

Ask any Afghan cricket fan and they will invariably mention spin bowler Rashid Khan, the world's top-ranked Twenty20 bowler and the nation's superstar.

"We have a great blend of players in our national team for the World Cup such as Rashid Khan and Mohammad Nabi," Ahmad said.

"They are the match-winners of our team."

Afghanistan caught the cricket bug thanks largely to a new generation growing up in refugee camps in cricket-obsessed Pakistan.

Even the Taliban are fans, and eventually allowed the sport to be played during their austere regime. In recent years, officials from the insurgency have said they continue to support cricket.

The Afghan team has enjoyed a remarkable rise over the past decade and are currently seventh in the Twenty20 rankings.

Ahmad said he was proud his country would be playing Australia on Saturday.

"The Afghan team did not even exist when Australia won several World Cup trophies, and now we are playing against them," he said.

"Watching cricket matches brings a lot of fun and joy for all of us," he said.

Last month, an Afghan man made a replica of the World Cup trophy out of grass, and images of his work quickly went viral, ending up on the national news.

Businessman and amateur artist Amanullah Kaliwaal has done something similar, making a trophy out of stones.

"I love cricket from my childhood and I am a big fan of it. I wanted to make something that I can gift to our cricket national team in the future and I made this," Kaliwaal told AFP while holding the trophy.

"We are hopeful, we trust our team, as the team is very strong.... God willing, we may win the World Cup."